If you’re fighting about how great your package is, it’s probably not. 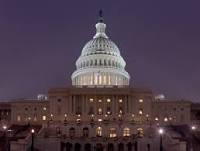 Congress: Who has the more impressive package?

When people are fighting over whose package is bigger or smaller, whether it’s taxes or budgets or cuts or any other sort of “package,” I usually assume that neither one is accurately portraying their actual package size in the argument, and furthermore, that promises made about either package will ultimately lead to disappointment.

When two sides are so convinced that their own package– and only their own package– is the only way to satisfy the country, and that they are justified in running around waving their package while bashing the other guy’s package… well, that’s just stupid.

It’s especially stupid because no matter which package we wind up taking, it’s going to leave us entirely unsatisfied… Which only sets up next year’s “who has the better package” fight.

Seriously– both of your packages are pretty weak. Neither one is really worth boasting about. So please stop acting like children bragging that your package is so much better than the other guys’. It’s not.

And of course, whenever people start arguing about packages, it’s the people who have to listen to the argument, or get beer spilled on them, or end up without a paycheck or services for a while because of an asinine package fight.

Please, keep your package size out of your discussion of packages, and act like grown men and women.

Buffalo Journalist and Historian Steve Cichon brings us along as he explores the nooks and crannies of Buffalo’s past present and future, which can mean  just about anything– twice a week on Trending Buffalo. Occasionally, he gets cranky about other things, too.