Last night I turned on NBC World News. Brian Williams began the newscast by reporting on the increasing escalation of fighting and chaos in Iraq and Syria. He then threw… 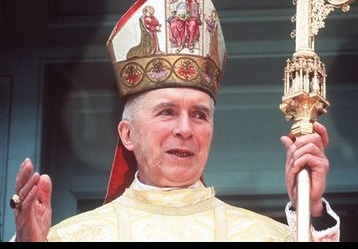 Brian Williams began the newscast by reporting on the increasing escalation of fighting and chaos in Iraq and Syria. He then threw it to the Chief Foreign Affairs correspondent Richard Engle (that guy has the most INSANE job ever) who went on for the next five minutes describing how ISIS (short for Islamic State of Iraq) employs a unique brand of brutality and terror to inflict its deluded religious agenda across the Middle East. Those who do not accept ISIS’s religious beliefs face persecution, extortion, and death. Along with their recent successes in the Middle East, Engle suggested they also have eyes on striking western targets in France, UK and even here on U.S. soil.

Man, I thought — the Middle East is so screwed up. It’s amazing how deluded people will harm others for no reason other than that they believe their religious beliefs are true and all others are not.

After that depressing top-of-the news segment, we returned to Brian Williams and the day’s next, completely unrelated news event.

In other news, as Williams reported, the U.S. Supreme Court decided that Hobby Lobby could deny birth control benefits to its employees because those benefits would infringe on that corporation’s religious beliefs. In a way that surely bears no resemblance whatsoever to religious intolerance in the Middle East, religious beliefs held by certain U.S.-based corporations now supersede the rights of individuals who don’t accept those religious beliefs. And this makes sense, because, you know, American religion double Constitution eleventy.

Deluded crazies are trying to inflict their religious beliefs on everyone else in the Middle East.

Thank (your version of) God we don’t have that kind of thing here.