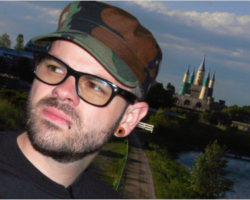 She’s about to launch round two of her “Loosen the Bible Belt” tour– a mission to, in part, merge LGBTQ with christianity… sort of.

It starts tonight at Babeville.

For the second year in a row, she’s bringing along a preacher.

He joins us to discuss the whole damn thing.