1,100 vacant homes, commercial spaces and pieces of land have gone up for sale at auction, meaning low prices for buyers, injecting a new lease of life into Buffalo. It… 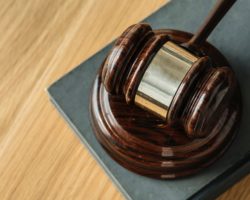 Buffalo’s Foreclosure Auctions Could Be Bad News For The City

1,100 vacant homes, commercial spaces and pieces of land have gone up for sale at auction, meaning low prices for buyers, injecting a new lease of life into Buffalo. It seems this can only be good news for both residents and the city, but investors, developers and out-of-town buyers could threaten the communities within Buffalo and make it difficult for residents with smaller incomes as Buffalo makes the top 10 for cities with the fastest-growing rents in the nation.

The Past And Future Of The Auctions

Previously, some Buffalo residents were able to purchase their homes for a mere $5,000-$10,000. At the time, these homes weren’t anything desirable, but people managed to work to be able to support themselves and turn their homes into a valued part of the city. The idea of this today seems near impossible as prices at auctions have increased due to out-of-town investors who have more money than locals and have driven prices up to $200,000 or more. Borrowing money to make a purchase can be a positive step for getting yourself on the property ladder and taking advantage of the auctions to get the best deals, and it’s likely to be a more common way of doing things for Buffalo residents who don’t want to miss out on the action.

What The Auctions Mean For The City

The auctions are ideal for the city to pass on the property and land to residents for low prices that they can’t take care of after repossessing. Unfortunately, many people purchase for the wrong reasons, which can present problems for Buffalo. Some people purchase and then sit on the property, waiting for the market to change so that they can sell it for a profit, having not maintained and updated the property. This means the property can remain unoccupied for years and the owner may rarely visit it. Other purchases come from people out-of-town who may not have any knowledge or interest in the city, other than the cheap property it offers, which can be bad news for communities.

City officials have said that it’s been one of the lowest number of properties to go on the auction block, nonetheless, it’s still a great opportunity for many to make purchases at low prices. Some buyers have bought the space ready to move away from New York City and into Buffalo where property is affordable, while one resident said she purchased the land next to her home to give herself a nice space for car parking.

It’s important to note that while the auctions have been good news for buyers, it means many people’s homes and land have been repossessed because they were struggling to pay bills. The city originally had around 3,000 sites ready for auction but worked out deals with residents so that they could keep their property. People are urged to communicate with the city and make deals to stop repossessions from happening.