Nobody said this was going to be easy. 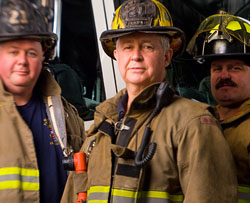 Nobody said this was going to be easy.

“Deputies say Moritz has a prior DWI conviction from 2004, her license is suspended in three separate jurisdictions for failing to answer a summons and one for not paying a fine, and that she has an outstanding warrant in the Town of Hamburg for traffic charges.”

Maybe we should tighten up our game when it comes to operating large dangerous vehicles.

4. God Bless The First Responders Except Those In Unions

Because nothing says taking safety in your town seriously like not getting a contract figured out with those that are ready to die for you.

“You guys are the best thanks for everything you do, firefighter.”
“Hey, thanks man. Can we get a contract where we never have to worry about health care and a pension we can retire on?”
“Whoa, hold up lets not get crazy.”

3. Something About The Sabres

Hey, tubby. This is perhaps the most irrelevant thing that happens during the year for the Bills. For starters, they are going to lose most of these games because they are terrible and have been going on a decade now. Also of note, by the time the game starts you aren’t going to care who they are playing because you are going to be ten beers in you fat drunk. Stop acting like it matters who their opponent is. (Editor’s note: Also, you had the list of opponents already. You just hadn’t seen it arranged like this yet.)

Just mark down on your calander “druuuuuuunk” on the home game Sundays. You’re opponent will be coordination, composure, and not peeing in a copse of trees near the stadium. You are not the favorite in Vegas.

1. You Are The Problem

It’s because you talk. And also you are fat and ugly and stop drinking no one wants to bring the kids around you.