I dated this girl in the early 90’s. I was new to dating, so I didn’t know what to expect. She’s was awesome and exciting and I loved her. She… 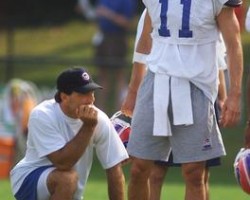 Fool Me Forty Times, Shame on Me

I dated this girl in the early 90’s. I was new to dating, so I didn’t know what to expect. She’s was awesome and exciting and I loved her. She was adventurous and moved really quickly, never taking time to gather in a circle and plan things out. We were getting married, but she left me at the altar… four times.

Then, in 1999, I had another really attractive girl. She lost a shoe, but things were still going good. Then, she left me in the weeks leading up to our wedding. It was a huge surprise. I was winning… her over in the final seconds of the time it took to get to another week of going out… but she said a Hail Mary and left me.

(Okay, that makes no sense. What does, “The weeks leading up to getting married” mean?)

Then, I messed around a little with different girls. My heart had been broken so many times that, at first, I never really trusted them. This one girl had a really good attack but another third string girl who was only starting because the real starters were being rested came along and screwed up our… chances at going all the way. 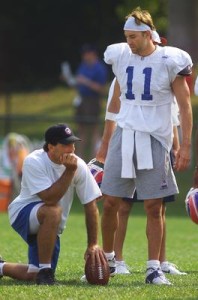 Neither was ‘The One’

Later, this other girl, Trentsia, won me over. Bill Walsh told me to go out with her. I was sure she was the one, but she checked down and ended things. I was super in love with Gail for a few weeks. I thought, “We Chan make it together.” She turned out to suck.

Now, I’m really nervous because I like this new girl… the 2014 Buffalo Bills. Her dad is really cool, even though he just came around. He’s rich and we’d be set for life. I thought dating her was going to suck, but the first couple of dates seemed promising. We hung out in Chicago and then we ate sushi. She’s not perfect, but I love her flaws. And, not to kiss and tell but, her front four are amazing!

There is no way she doesn’t rip out my heart and staple gun it to a billboard, but I don’t care right now. I like her. I should be allowed to like her. I almost have no choice but to like her because, if I don’t like her, I’ve got no girl options in 2015 because I traded that girl to move up in the draft and get Sammy Watkins… who I like a lot.

I’m going to go ahead and love her and hope that she’s not like all of the other girls I’ve loved in the past, even though she probably is. I don’t care. One of these girls has to be the one.