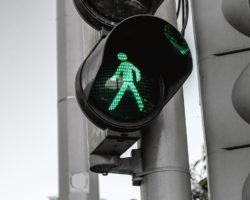 The world’s largest supplier of road safety enforcement equipment, Sensys Gato, has just won two contracts to enforce speed limits in New York State and Iowa via its American subsidiary. Sensys Gato, founded in 1958 by former racing driver Maurice Gatsonides, will hold the contract for three years, with the possibility of two further extensions. The program will center on schools, with specialized cameras being placed on traffic poles in 20 school zones in the Buffalo area. Cameras will effectively photograph speeding vehicles during specific times of the day (7:30am to 3:30pm).

Why is Speed Enforcement Key in Buffalo School Zones?

In August this year, New York Governor, Andrew Cuomo, signed a bill into law, which details the fitting of these cameras in specified zones during school hours. He cited the effectiveness of cameras at curtailing speeding, as the main reason why this technology should be embraced. He said, “By signing this measure into law we will ensure motorists who selfishly endanger children and families around Buffalo’s schools will be held accountable and help prevent future tragedies… No parent should have to question whether or not they’ll see their child again at the end of the day.” Senator Tim Kennedy, meanwhile, added that the camera system forces drivers to be accountable for their actions, thus empowering the city of Buffalo. Furthermore, personal injury lawyers at FVF Law remind road users that traffic accidents involving pedestrians can be particularly devastating, since those on foot are far more vulnerable, and they can be mistakenly confident that cars will stop at the right time and avoid risky actions like speeding.

Who Decides where the Cameras are to be Placed?

The determination of the precise spots to locate cameras in, is largely the result of research conducted by both police and city officials. Data obtained on past accidents and injuries are used to create a list of locations in which they are most likely to be repeated. The cameras then calculate the speed between the moment vehicles enter and exit the zone being observed. The systems contain high trigger accuracy, so they can be used on the short stretches of road surrounding some schools.

Buffalo residents can breathe a sigh of relief when it comes to speeding near schools. City of Buffalo Mayor Byron W. Brown hit the nail on the head when he said that “School speed zone cameras and new signage will remind all motorists to slow down, obey traffic laws and will keep our children safe.” Sensys Gato is a reputable firm to entrust the task with, and smooth functioning will most certainly result in predicted extensions of the specific contracts involved.