Buffalo recently made the news for being home to some of the worst drivers in the entire nation. In a new study conducted by Insurify, an online car insurance shopping platform,… 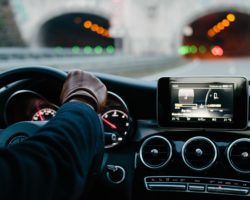 Buffalo recently made the news for being home to some of the worst drivers in the entire nation. In a new study conducted by Insurify, an online car insurance shopping platform, the city ranked 18th for worst drivers in the United States. Specifically, the study asked Buffalo shoppers if they had been cited for a driving incident where they were at-fault in the past seven years. Turns out, many of the respondents had. And as a bonus, we’re the only city in New York to crack the top twenty.

The statistics in detail

The statistics which lead to Buffalo’s ranking were based on data gleaned from 1.4 million car insurance shopper applications. Citing a population of 258, 612, Insurify found a total of 24.86% of Buffalo drivers had an at-fault driving incident in the past seven years. Moreover, 43% of Buffalo drivers were found more likely to get into an at-fault accident than the average driver. On the plus side, however, 18% of participants in the study were actually discovered to be less likely to receive a speeding ticket than the average driver. And the city with the worst drivers? That would be Greer in South Carolina. Over one third of Greer drivers have been in an at-fault driving incident and 63% are more likely to get into an accident than the average driver.

What’s causing all these accidents?

“Distracted driving, following too closely, failing to yield right away,” Michael Formanowicz, AAA Driver Training Manager explains. While many of us understand the inherent dangers involved with drink driving, we don’t tend to view distracted driving the same way. But distracted driving is just as perilous, claiming 3, 450 lives in 2016 alone. “If I’m driving, talking with someone, just like I’m driving and talking to you, I can’t possibly focus 100% on what’s going on in front of me,” says Michael Formanowicz, AAA Driver Training Manager. “How often do you see somebody take a right on red and they don’t stop. They look but they just roll right through it, even stop signs”.

But there’s also a more unexpected reason for Buffalo’s population of poor drivers: low gas prices. Yes, really. “Anytime gas prices are low and you have a lot more cars on the road, that’s pretty much a catalyst for accidents”, Matt Butler, a AAA Insurance Sales Representative notes. “So you can tend to see a nice increase in claims”. So, all drivers should remember to be extra cautious on the roads whenever gas prices take a hit.

But it’s certainly not all doom and gloom. Rates of car accidents are decreasing overall. In 2017, car accidents saw a slight decline across the US after spiking higher for two consecutive years. In particular, traffic fatalities in New York fell by 3% last year and have dropped overall by 15% in the last two years, a recent study from the National Safety Council reveals. The reason for this fortunate decline? New York City has been trying to eliminate traffic deaths by introducing a number of road safety measures, such as, lowering speed limits, adding bike lanes, and increasing pedestrian shelters. Car insurance is another essential component that helps New York drivers protect themselves on the road. Although insurance premiums have risen in New York recently — from 22% from 2016 to 2017 to $1,352 per year — you can find the best rates by bundling all your insurance policies together under the same provider and even buying a cheaper car will lower your monthly payments.

So, while car accidents are experiencing a slight decline across the US at the moment, there’s still a lot of improvements to be made — especially here in our own city. Distracted driving remains a huge culprit of otherwise avoidable car accidents. Putting our cell phones away and devoting 100% of our attention to the road is something everyone should do.