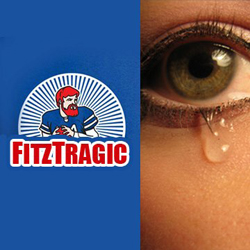 Do we know Bills account wasn’t hacked? ‘Cause… you know….

This is NOT happening.

Fitz: “If I just lock myself in my basement until Friday, they have to give me $3 million, right?” #wrong

Ish just got real in B-low

Aaron Williams tweets that things got real because the Bills may be downsizing the amount of bad football players they have — Two in the Box (@2ITB_Buffalo) March 12, 2013

And that is how you change headlines from “our GM got pranked” to “our GM is making big moves to improve the team.” .@jeffrussowkbw — John Borsa (@JohnBorsa) March 12, 2013

But, that’s all changing, right?

They’ll anoint the next one eventually, right?

Black smoke has been coming out of OBD since Kelly retired. #PeaceOutFitz — Ryan Kraus (@TheKrausHouse) March 12, 2013

Well it’s a tough loss for @fitzpatrickarm . I will have to pick a new username to prove to my followers my commitment to cynicism — Chris (@FITZPATRICKARM) March 12, 2013

Man, all the good tweets about Ryan Fitzpatrick are already taken. Off to think up something cool about Levitre signing with Titans. — Christopher Smith (@ChrisSmithAV) March 12, 2013

Hey Fitzpatrick, grow that beard out again and I can get you a job at any coffeeshop on Elmwood. — Rust Belt Hipster (@Buffalo_Hipster) March 12, 2013

Remember this Grantland feature about Ryan Fitzpatrick and how he could save the entire city? grantland.com/story/_/id/694…

If buddy doesn’t draft a QB in the first two rounds then I’m donating my season tickets to a homeless man.