Trending Buffalo Exclusive! Even though there are still 3 meaningless games left in the 2016 season, the Bills are already looking to next year. Trending Buffalo has received a “leaked”… 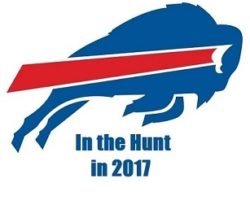 Even though there are still 3 meaningless games left in the 2016 season, the Bills are already looking to next year. Trending Buffalo has received a “leaked” copy of a letter that the Bills will send out to their season ticket holders in the off-season. We thought our readers might want to get a head start on the ensuing excitement.

While 2016 didn’t go the way we planned, we’re excited to announce that we’re already “In the Hunt” in 2017. We’ll fire a bunch of people and bring in a new attitude, including a coach whose name your mom will recognize. We’ll continue as an organization to strategize and focus on our single goal, which is to be “In the Hunt” each and every December.

By February, you’ll have already forgotten about the abysmal season you just watched and you’ll be ready for the draft. And, while you’ll hate the selection we make in the first round, you’ll read some articles and convince yourself that he can be the next Joe Montana or Jahri Evans (because it will probably be a guard).

Thanks for staying “in the hunt” with us, each and every year. With great fans like you, we don’t need competence!