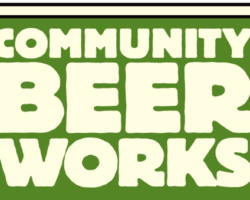 “We don’t care where the Anheuser Busch product came from or how you acquired it. You don’t even have to pretend someone left it in your fridge after a party.” said CBW’s Chief Operating Officer Chris Smith. “We just want it off our streets.”

Smith went on to describe the urgency of the situation.

“It’s clear that Unintended Consumption of Anheuser Busch (UCAB) can have possible negative effects. In our anecdotal experience, we’ve seen too many friends suffer from loss of taste enjoyment and paroxysms of patriotism. And while an allergic reaction is not likely nor am I even remotely qualified to say if it’s possible; if you experience one, you should seek immediate medical attention.”

Residents of Buffalo and Western New York are being urged to drop off unopened cans and bottles of Budweiser, Bud Light, “beer”-a-ritas, hell, anything made by Anheuser Busch. CBW asks you bring them to the brewery located at 15 Lafayette Ave this Saturday between 12-8PM for disposal.

“We recommend that you transport these cans and bottles in the trunk of your car for your own safety. Your surrender of the beer can be anonymous, or you can step up to the bar for a reward of $1 per beer (with a maximum of $2 per person) to be taken off the price of a glass of beer at our retail location. You’ll also be entered into a drawing for ten free growler fills at the brewery.”

The beer will be disposed of in a safe, controlled manner, following section XIII of the Rituale Romanum.

“Well, not really”, said Community Beer Works Beer Celebrity and Sales Manager Brandon Van Vallen, “You know what’s American? Collecting all this beer and then blowing it up on the Fourth of July. While drinking good beer and making our streets beer safe for our kids.”

Ethan Cox, CBW President said, “I don’t really need to say anything more than what’s been said, they just like when I say things.”

“People want beer. We understand that,” Smith said. “We just want you to make good choices when you’re drinking it.”

Opened in 2012, CBW has been the vanguard of breweries in Buffalo releasing press statement about silly things. Unlike past releases, this one is entirely genuine. We will give you money for Bud.

It’s quite good, we think.