It’s everybody’s story… who cares where it started? Right?

A news organization hustles to be first with a story.

It’s everybody’s story…  who cares where it started? 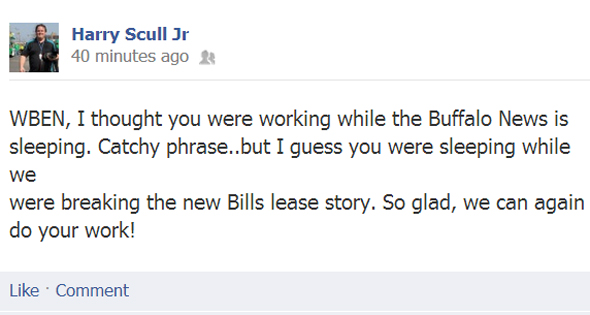 Harry Scull is a longtime photographer with The Buffalo News.

It sounds like he’s one of many at TBN fed up with the common newsroom practice of reading the paper in morning to set the agenda for the day.

Good for you, Harry.