Now that the news that the Buffalo Bills have signed a new lease to stay in Erie County for at least the next 7 years, we thought we’d look at how much goodwill and appreciation Bills ownership actually extended to the Western New York Community. 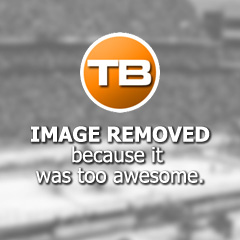 Now that the Buffalo Bills have reached an agreement to stay in Erie County for at least the next 7 years, we thought we’d look at how much goodwill and appreciation Bills ownership actually extended to the Western New York Community.

At first glance, a $400 million penalty on the team to move within the next 7 years seems like a concession to stay in Buffalo for good. $400 million! That’s a real penalty! Yay!

But don’t get distracted by the $400 million — it could be $400 billion for all it really matters. That’s because the real number that matters is the 7 years. And that odd little number comes from a simple calculation based on 3 facts:

Fact: A 94 year old man has a predicted life expectancy of 2.93 years.

Fact: It takes at least 3 months to go from a letter of intent to official transfer of ownership between a motivated buyer and seller.*

Fact: It takes 4.5 years to relocate an NFL franchise.†

In other words, the Bills have conceded that, everything being known, they probably won’t be ready to relocate for another 7 years. So, this new deal just confirms that we and the Buffalo Bills organization recognize three things:

3) and stadiums aren’t built in a day.

Whether or not the next Bills owner will want to keep the team in Buffalo isn’t known yet, but it seems impossible for the next owner to care less about the city than the current one does. And that might be the real good news to come out of today’s press conference.

† Bud Adams announced at the end of the 1995 season that his team would start the 1998 season in Nashville. However, stadium renovations weren’t finished until 1999. The LA Rams struggled to find a new place (first looking at Baltimore) to call home starting in 1990 before beginning the 1995 season in St. Louis.