Raising the collective IQ of Buffalo one paragraph at a time.

Raising the collective IQ of Buffalo one paragraph at a time.

For the second week in a row, Buffalo is basking in the national limelight.

You may recall last week, when we touched upon the wonderful write-up the Queen City received over at Gadling (or not, since most of you were probably just Cyber-Monday-shopping all day*).

This week, CNBC ranked Buffalo as the second best city to relocate to in all of the United States of America. Pittsburgh beat us out for the #1 spot, but hey, at least it wasn’t Boston. Or Dallas. Or Philadelphia. Miami. Etc.

“Buffalo is an older, industrial city that has “gone through a sort of gut-wrenching transition into the 21st Century,” Sperling says. And now that it’s gotten over the bumps, it’s a great place to live.

There are more than 20 parks in Buffalo, earning it the nickname, “City of Trees,” and for all you sports fans, it’s home of the Buffalo Bills football team and Buffalo Sabres hockey team. As for Niagara Falls, the city has moved from an industrial center to a more sustainable tourism-based economy, and with the opening of the Conference Center Niagara Falls a few years ago, it now attracts more business travelers.

The unemployment rate in the region is 8.3 percent, below the national average. Health care and education are the fastest growing industries here.

Companies That Are Hiring Now: Synacor, M&T Bank, Kaleida Health and HSBC Bank, according to Indeed.com.”

I guess they haven’t heard of all the Geico commercials.

*Cyber Monday deal of the week: if you did miss last week’s Smart Things, well, now you have 6 Smart Things to read up on today – buy one get one free. Somebody alert Matt Granite.

Smart Thing 2: Wherein the Sabres Stole a Hockey Player from the Flyers

The most pleasant surprise of the Buffalo Sabres Rochester Americans’ season thus far has got to be Brian Flynn, and folks are taking notice. From Die by the Blade:

“When projecting the Amerks scoring leaders before the season started, most casual fans could have predicted that Marcus Foligno, TJ Brennan, and Cody Hodgson would be at the top of the list. But how many people had Brian Flynn in their top three? Put your hands down, you liars.

Flynn is coming on strong for Rochester, and after a hat trick this weekend, he sits third on the Amerks in points with 8g, 7a, and 15 points. His strong play is resonating across the league as well; Flynn is currently sixth among rookies in AHL scoring and is in the top 35 overall in total points.”

Those are some great stats, but perhaps the best thing about the Flynn story is how the Sabres “stole” him away from the hated Philadelphia Flyers. From Buffalo Sabres Nation:

“If there’s one undrafted collegian that could potentially become a top scorer at the pro level, it’s Brian Flynn. Since arriving in Orono four years ago, Flynn has been one of Maine’s top point producers. And while the Lynnfield, MA native is an outstanding playmaker; it is his ability to score goals that is among the attributes getting the attention of several NHL teams, including the Philadelphia Flyers. Flynn attended the Flyers’ prospect camp over the summer.”

Sticking it to the Flyers (even during a lockout!) will never get old. 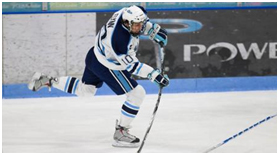 No, we’re certainly NOT interested in trading him for Briere. Right?

Our relocation ranking from CNBC was nice, and their mathematical analysis was pretty solid, but it’s even better to see a couple big time businesses in the area flex their job muscles in the same week.

Meanwhile, Rich Products announced an “$18.5 million in an expansion project at its Niagara Street headquarters that will bring major improvements to its customer innovation center and could potentially lead to future growth in our region.” More, from Buffalo Rising:

“Work on the facility upgrade is slated to begin within the next month and reach completion by March 2014. Rich expects to add 17 new jobs with this expansion, as well as keep 651 existing employees at its Niagara Street location.”