“Cold enough for ya?” You heard it here first. Smart Thing 1: Welcoming Robots to the Classroom It wasn’t all that long ago when computers first started appearing in schools….

“Cold enough for ya?”

You heard it here first.

It wasn’t all that long ago when computers first started appearing in schools. (In 1996, Bill Clinton made over $2 billion in grants available in the Technology Literacy Challenge Fund, a program designed to challenge schools to make computers available to every student.)

The evolution of the classroom, inside and out of the building, has been on a fast track ever since, as  American students have come to welcome the Internet, laptops, social media, and SMART Boards. Now, in one local  classroom, students are welcoming a “robot boy” into their lives.

Hit the link above for the story on the computer/robotic revolution happening over at Winchester Elementary. Use this link to see a video of the robot – “VGo” –  in action.

I’ve been pretty bullish on Buffalo’s waterfront development here in Smart Things. Of course, if we’re going to build it up, we’re going to have to maintain it, too.

There is an effort underway to restore Times Beach, one of the many beaches in the area that you may not have heard of yet. If not, it’s time you did:

“There is development going on the waterfront, this (Times Beach) is described as by a many people as an anchor to the value of that development,” says Jay Burney, founder of Friends of Times Beach Nature Preserve.

“We hope that (waterfront) development will be respectful that this is a nature preserve, that we are on the Great Lakes, which contain one-fifth of the world’s fresh surface water. This is an important place for biodiversity, if we protect it and conserve it, it’ll mean a lot to the future of Buffalo, both economically and culturally.”

Via the Beach website, the waterfront development had been encroaching on the nature preserve, and invasive species had also become a major problem. The effort to restore the biodiversity of the beach will begin in October.

Meanwhile, head on down the Outer Harbor Bike Trail and have a look around the beach, while it’s still warm.

Just be careful to be on the lookout for… 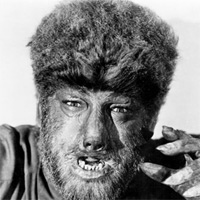 Another movie is being shot in the Queen City.

“Ward’s Island” is a horror flick about werewolves, and while the story is set in New York City, the entire shoot is taking place here in Buffalo. This movie is low-budget, but as Tim Clark, (head of the Buffalo Niagara Film Office) pointed out to Channel 4, it’s the 5th movie to be shot in Buffalo just this summer, which brings not only prestige to the area, but also provides for some local jobs and helps to boost the hotel and restaurant businesses in town.

Actor Dennis Haysbert (Golden Globe nominee, known best for his work on the TV series “24”) plays a starring role in the film.