We know everything we need to know about them.

It’s 2013 and you can get a message to just about anyone.

Just because you CAN doesn’t mean you SHOULD. 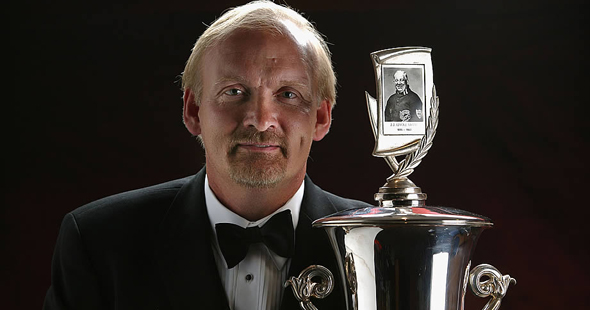 Pretty sick of all these people chirping me for my dad. Have a complaint, talk to him. I’m just the son. Dont u have something better to do?

Society is still working out the ground rules but taking out the frustration of a rocky start to the season on the 18 year old son of the local NHL team’s coach seems out of bounds.

.@bruffles22 rumor has it that your dad puts ketchup on his French toast #weirdo #FireLindy — Ryan Yeates (@Ryan_Yeates) January 26, 2013

That was a strange start.

That one would be acceptable only if sent by the son of a different current NHL coach. Or possibly Ted Nolan.

.@bruffles22 if you’re a Sabres fan, you’ll tell your dad to resign. #15yearstoolong

“Hey dad, it’s me, your son. A guy on the internet told me to tell you to resign. Don’t shoot the messenger.”

@bruffles22 Ur dad has been a crap coach for a lot more than 7 games. When was the last time we made it past the 1st round? #FireRuff

Here. Let me Google that for you.

Regardless of any past or future accomplishments, we can say with 100% certainty that @Ryan_Yeates, @JimmyG1692, @J_Cullens, and @TweetHandleHere are bad people.

Don’t let them merge into your lane.

We know everything we need to know about them.

They are intentionally making our world a more miserable place.