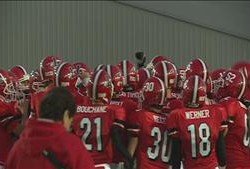 Shut up and dance.

You are going to get caught eventually because people usually frown upon the robbing of places of worship. I don’t know something about God or something. And when you end up in front of a judge, probably not going to get the benefit of the doubt in a super Catholic community.

“Your honor, my client…”
“Robbed a church during a funeral while holding a knife to two rectory secretaries?”
“…uh, if we could take a brief recess [jumps out window]”

These are the stories I love because I can imagine the Dirty Dozen-like level of planning going on between these people as they imagine the prefect heist. THEY DIDN’T PLAN ON THE TREE BEING THERE.

When the cop asks you if you are super high at least make him work for an answer.

2. Opposing Obamacare Because You’re A Dorknozzle

Just say you hate the President and stop wasting everyone’s time. It’s going to save people a boatload of cash, which is what really greases the treads in this country.

1. Defending The Term “Redskin” As Not Racist

Lancaster High near Buffalo is re-evaluating its nickname, which matches Washington’s of the NFL. Kudos. 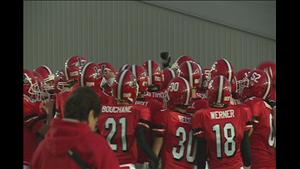 Those are red SHIRTS (not skins) anyway. Go with that.

Tim Graham is doing work here. Also, if you seem inclined to make the case that the term isn’t blatantly offensive, you’re an idiot.

Look, I know the whole argument about tradition and what you call yourselves and creating an identity and all that crap. Every other high school football team in the country that isn’t using cultures subject to genocide as their mascot seems to pull this one out okay.

You can make up any name – ANY NAME – and with enough effort and pride you can build a culture around it. You can call yourselves the Slobknobbers and make a go of it if you crush enough skulls on the field.

“Dude we play the Slobknobbers this week. I know the name is pretty whack but dude, no really, the linebacker from the Bulldogs might not make it after that hit that Slobknobber RB put on him for reals, yo.”

Your culture is not built around a name, its built around the people who actually build the culture. A rose by any other name and such.

Let’s class this joint up, Lancaster. Pick a name, crush skulls, move on.