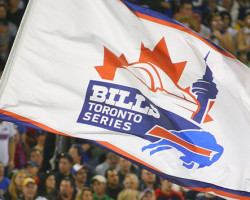 I know we are stealing your business model kind of but yo, check it out,  that Sabres logo you use is out of date. We use the one with the bison on it. Not the blue and gold one. No not the slug one the one where…

I should want to like you, Pegula, so stop talking about how you like Darcy Regier it makes you sound like a putz. Oh hey, check it out speaking of…

2. …and Then Darcy Regier Spoke

Jesus Herbert Christ. There is no need for the Sabres to tell us that they won’t be able to pull off the big trade or move up in the draft. We are used to them failing. In fact, we kind of expect it.

Thanks though for ruining a good Thursday. 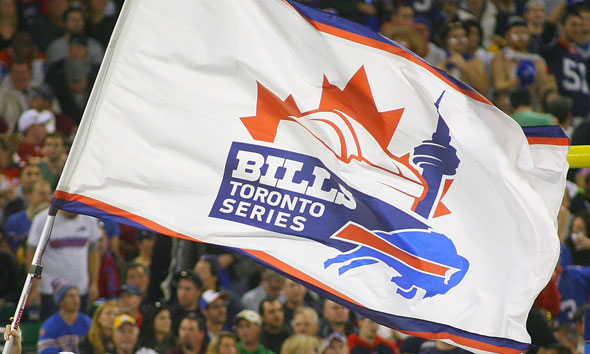 1. The Bills Complaining About Their Schedule

You jerks moved a game to Toronto on purpose. That alone ensures that everyone involved in the decision will be unceremoniously dumped into Lake Erie with the rest of the industrial waste once they expire. Now you open your mouth about how you have to play all these teams off of bye weeks.

A) No one wants to watch us on T.V. except us. We have been scheduled away from the bright lights so that the NFL doesn’t lose more money than it has to having a team in this market.

B) We lose. All the time. Maybe if we won a few frigging games the league might cut us a break.

C) Everyone is waiting for our owner to die so that the team can be moved to a more suitible location. The less noise we make the better.

I know what you are saying. “That’s pretty harsh dude.” You’re right. But this is professional sport, populated by the worst types of people we have on this planet – old rich men. They are merciless and shoot to kill. The old one we root for half-moved this team to Toronto, and if the other old rich guy was still alive up there we might be even further along the path.

Basically don’t trust old rich guys or give them any reason to spite you. So shut up, Bills.