The Catholic Church and 4 other things.

ARE YOU READY FOR BAD DECISIONS?

5. We Have One Crane And That’s More Than None

I would take a sign of progress as “our population growing for maybe one year out of the last thirty” but a crane is downtown so, hey, I have some party hats. Also of note, they might need cranes depending on how they decide to demolish the HSBC Tower. Cranes can give and cranes can take away, man. Lets not make one a metric of our self worth.

4. Remember When We Tried To Screw Nik Wallenda?

Before we get all nostalgic about how Wallenda got nice here first, lets remember that the mayor of the Falls thanked him by trying to stick him up for $25,000. At least Wallenda doesn’t seem to hold a grudge.

2. The Buffalo Schools Are Forever A Fire Drill

The evaluation of the superintendent was approved by a vote of 8-1. No one had a final copy of it. It hadn’t been shared with the public. The board didn’t say either way if it was positive or negative.

On its own, this isn’t much of a thing. Taken with context on everything that has gone on in that district and all the challenges it faces, we need everyone who works in it to be on it all the time. We can’t afford to do things by the seat of our pants, and it appears this is the only way for this board to operate.

I don’t even know what to do anymore. Military junta? Intergalactic empire? What leadership structure could turn this thing around?

1. Do Bishops Even Talk To Their Flock? 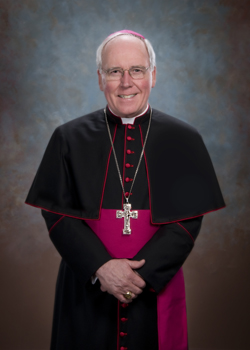 Bishop Malone lives in a house valued at $1.3 million.

Our local bishop had something to say about the decision to strike down the Defense of Marriage Act. You know, same old Catholic stuff. Evil evil evil evil and whatnot. The problem is– it isn’t fair to pin this attitude on Catholics anymore, because most are actually fine with same-sex marriage.

You know what the approval numbers are for same sex marriage among Catholics is? Somewhere between 55% and 60%. And numbers constantly move in the positive direction. Just look at the charts at Five Thirty Eight.

According to the Public Religion Research Institute 54% of Catholics are okay with gay clergy. CLERGY.
THAT’S REPLACING THE BISHOP WHO HATES GAYS WITH AN ACTUAL GAY PERSON.

The Catholic Church is so far behind its practitioners here that it is in danger of becoming irrelevant. Maybe there is more to all the church closings than just population loss. Maybe they can’t even speak to the people’s needs or wants anymore. Maybe the answers the church has on this aren’t good ones.

Get your crap together, Catholics. The U.S. is in practical open rebellion to church leadership. Are we in or out here?