Sports, politics, and the gun debate. 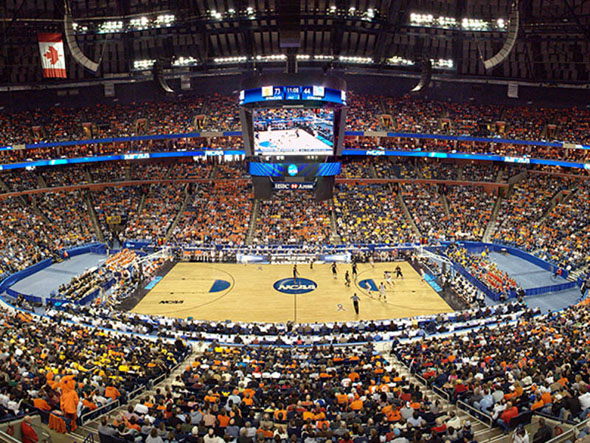 SHUT UP THE BASKETBALL IS ON

5. Not Having The Second (First/Whatever) Round Of The NCAA Men’s Basketball Tournament In Buffalo Every Year

Getting kinda tired of watching all of these games in arenas that maybe have 1,000 people in them. We would do you so much better, NCAAs. (And we will. Next year.)

4. The Disturbing Circle Of Life That Is The Titans/Bills Relationship

Remember when the Bills hired Gregg Williams and Kevin Gilbride and Jerry Gray and signed Eddie Robinson and they were all terrible? Hey, check it out now the Titans have Ryan Fitzpatrick and George Wilson and Andy Levitre. (Oh, and Gregg Williams!) That’s so weird.

3. Someone Wants To Build A Hotel In Amherst Which Means…

No one wants it. Of course not. Do people know what development is? It’s new stuff popping up.

“But I want everything to stay the same!” Well, we’ve been very successful in that regard for the past 30 years.

2. Hey Man I May Need That Assault Rifle For When The Soviets Show Up

A magazine limit and an assault weapons ban are the basis of the challenge. You don’t need an assault weapon and more ammo unless you are going to kill people. Way to out yourselves future killers we are totally tailing you now.

1. Quitting On An Actual Mayoral Race

I’ll take nearly any shot at change in this town that doesn’t have anything to do with Carl Paladino. Sergio Rodriguez is running on the Republican ticket against Buffalo Mayor and political boss Byron Brown. He’s basically being told to sit it out.

ASIDE: Like the only stuff worth reading in this town anymore is stuff Jim Heaney does.

This is why this town fails. Politics played to maintain entrenched power rather than to nurture new and compelling ideas. Our political class continues to be one gigantic fart noise.