5. HSBC Laundering Money For Terrible People The Russian mafia, Iran, Mexican drug cartels. You name it, and the HSBC unit tasked with monitoring money laundering – based in Buffalo…

The Russian mafia, Iran, Mexican drug cartels. You name it, and the HSBC unit tasked with monitoring money laundering – based in Buffalo – missed it. Not only are they closing down their operations in the tower (including the previously mentioned anti-fraud unit) but they were shipping millions to the worst kinds of people outside of the country.

They couldn’t even help out LOCAL criminals. Outsourcing at its worst.

4. The Preemptive Freakout To The Freakout Of Panera Bread on Elmwood 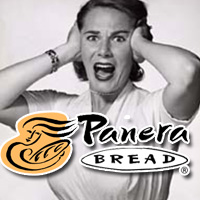 We have been conditioned so well in this community that we started shooting at each other on Twitter before there had been any time at all to talk about a Panera Bread on Elmwood Ave in the city, even though everyone seems to be okay with it.

We just kinda assume a lawsuit or something will stop it from opening, right? No one can be faulted for this learned behavior. This is what happens when you are beat with failure repeatedly and the tide of change is held back time after time. Sooner or later cynicism creeps into anything, even cinnamon rolls.

3. Giving Away Your Kids At Taste of Buffalo

“Look, what do I have to do to get you to take these kids, huh? I got my manager crawling up my butt here and we have the new 2013 models due in soon so we gotta get these kids off the lot. Look we’ll take any older kids you got and we’ll give you $500 over the blue book value. I mean, we are practically giving these kids away here.”

At least that’s what I imagined.

2. Having Only Three Smart Things To Talk About Each Week

This is exponential. I’m writing five every week, so the differential increases by two every week. Sooner or later, it won’t even be a fair contest. I mean I know at some point we’re going to have to run some junk past each other because we both write a list that have contrasting viewpoints on the same topic, but seriously we can only come up three good things a week. It’s in the title folks I win. I mean it’s almost as bad as…

Please do not take anything written in this space seriously. The only thing that could make you a worse person is actually writing it, and that honor is reserved for me.