Hope you enjoyed the 4th because it’s over for this country. 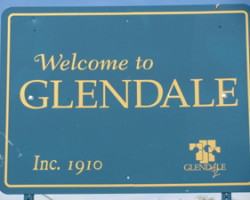 How Do We Know That America Is Ending? 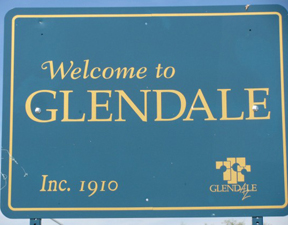 Public money for hockey in the desert? But, of course!

The city of Glendale won the Internet last week when it voted to throw itself deeper into the money pit that is the Phoenix Coyotes.

This 61-second clip of the Glendale City Council vote does little to convey the sheer lunacy of the proceedings. Tuesday night was the clearest indication yet that America is ending. The ship has set sail and the captain is a group of elected officials who can’t tell bow from stern.

The prospective ownership group begged the city to give them money to keep the team in Glendale. The city, eventually, said yes. Gary Bettman was there to take it all in. So was the vice president of Johnny Rocket’s, apparently.

The basics will suffice: Glendale was stuck between a rock and paying $15 million a year to watch the Coyotes lose more money for the city. So those brilliant spiderfaces on the Glendale City Council are now nose-less, playing keep-away from Seattle and Quebec City while setting the stage for this to happen again in five years when everyone is bankrupt and sad.

The city thought letting the Coyotes go would do serious damage to the Westgate entertainment district. They knew they would have to pay through the nose to keep the team in town. They voted to cut the check. Burger slingers and hockey fans alike were thrilled.

But before the vote, Glendale put on a rousing production of Incompetence Theater. There were 20 citizen speakers, each getting three minutes to rant about whatever they’d like. A dust storm alert system kept interrupting the proceedings. Fans clad in personalized Coyotes gear sat silently in the crowd, giving the council a thumbs up when they heard things they liked.

Here on the east coast, the proceedings went well into Wednesday morning. It was a nightmare, and I couldn’t look away. It was a real life Parks and Recreation, a hard stare at the absurd while the wheels of government ground on. I honestly thought Councilwoman Alvarez would filibuster the proceedings by reading from The Phantom Tollbooth at one point. In the end, the city lost and the fools who giddily watched from afar went to bed. Life goes on.

But because everything needs to have a Buffalo connection, remember that this is the future of the Buffalo Bills. It won’t be exactly like Glendale, but the fate of that football franchise is going to come down to something equally stupid and painful. There will be subsidies or a land deal or something to bicker about while a woman wearing what’s left of Cheetara calls it “the sports” and misunderstands basic council procedure. Berls Merfia will give thumbs ups from the peanut gallery while a 400-pound man in a tattered Kent Hull jersey explains how his life would be empty without the Bills in Buffalo.

It’s going to be terrible. We are going to hate it. Move to Seattle while you still can.