Ring in the new year with laughter as 2015 Last Comic Standing winner Clayton English performs in downtown Buffalo on New Year’s Eve. In addition to his win on NBC’s… 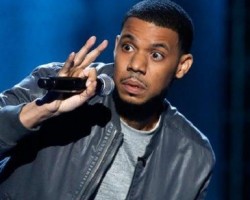 In addition to his win on NBC’s reality show, Clayton English is known for his roles as Peanut on Tyler Perry’s House of Payne as well as Terrence from the film The Preacher’s Kid and Johnathan in Five Days in the A.

Skip the crowded bars and reserve your table for a night of laughs with Clayton English at Helium Comedy Club.