The Bills look like they are going to be fantastic this year. The Sabres’ rebuild is over. How are ya’ feeling today, Buffalo? So. Flipping. Excited. #Sabres pic.twitter.com/NS9P6Rgbdb — Scott… 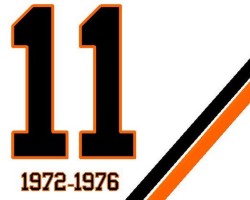 The Bills look like they are going to be fantastic this year. The Sabres’ rebuild is over. How are ya’ feeling today, Buffalo?

Smart Thing 1: Our kids are all going to be growing up with superstars.

If you follow my writing at all, (highly/shamelessly recommended), you already know that I am pretty bullish on not only the future of our football and hockey franchises, but for the young ones that will be growing up with them.

Oh, for how many decades we have suffered. So many of you reading this have grown up only to know what it is to lose – even the Super Bowl years may have been before your time.

I’ve gone from a fresh faced kid out of high school to a slightly grizzled 40 year old, and though there have been a couple fun flashes in the pan, the sporting experiences along that long road have been awful. Tormenting. Full of, well, suffering. Nobody wants that kind of future for their kids.

The good news is, the future looks different now. Our kids will be growing up with superstars. The Pegulas have the money and the right plans to make the right things happen, and to get the best minds and players here to get the job done. Our beloved teams should contend for championships again, and perhaps more importantly, games are going to be ridiculously fun to watch.

Meanwhile, downtown in booming. Our young ones will never know the Dead Downtown Era. They have HARBORCENTER. They have Canalside. They’ll see the construction of (likely) a downtown football stadium, and all the accompanying fun (restaurants, family attractions, etc.), that a tremendous structure such as that will bring.

We’ve been through a lot, but now, take a look at your kids, and you gotta’ think to yourself, wasn’t it worth it?

Smart Thing 2: Transplants – the easiest miracle you yourself can perform

There’s a little box on the back of your driver’s licence. All you have to do is check it, sign your name, and you can save a life. Actually, you can save up to eight. Still, as easy as that is, it’s just not happening enough. People are in need. Kids are dying. Thankfully, one local non-profit aims to change the statistics for the better.

A Couple Facts Regarding Being A Donor: – Anyone, regardless of age or medical history, can sign up to be a… http://t.co/hizOW24JxX — Transplant Miracles (@TmfMiracles) April 13, 2015

Transplant Miracles is working hard to raise awareness about a serious problem. According to their website (hit that link up there), over 10,000 New Yorkers are awaiting transplants. Meanwhile, only 24% of NYS residents are registered as donors. That’s simply not good enough. We can do better than that.

Again, hit the link above to find out more about the DMV process, or to get registered on the Transplant Miracles site.

Meanwhile, their Twitter feed has been full of fun giveaways and partnerships throughout the WNY area. So check ‘em out – it’ll be well worth your time (and who knows, maybe 8 others, too).

Smart Thing Three: As we build a new world in Buffalo, we should look to Columbus.

I’ve cited Chris Ostrander for his smart takes on all things hockey in this space before, but he is also a name you should get to know as we continue to rebuild our city. There’s a lot of work to be done, but his recent post on what has already happened in Columbus is a fantastic look into what we could, or should, be doing here:

“The Columbus Arena District is nothing short than the ideal template for developing a work-play district around a sports venue. Amazingly, it is a district that doesn’t rely solely on Nationwide Arena for survival, but uses the home of the Blue Jackets as a key cog in the operation.

…We need to take cues from cities like Columbus and capitalize on clustering residences and office space in districts like Cobblestone (wake up, Byron and open those lots to RFPs). We need groups like ECHDC to understand that if you build it, people will come. Canalside should have triple the buildings built already and ECHDC should be working to fill them rather than playing the spin game on why only one RFP is coming in for a project like the South Aud Block.”

Obviously, use the link to his post to read more. There is a lot more good stuff (and some pretty great photographs) to get you thinking and talking/working more on the future of our own “small town city.”

Do you know what is better than STEM? STEAM.

Hockey Heaven is catching on again.

Just went to a wonderful place called @716FoodandSport. They have 76 TV screens all of which show sports. This could be heaven… — Larry King (@kingsthings) April 15, 2015

This really does need to happen. (Here’s a link to a great piece on Artvoice describing why, by Andrew Kulyk and Peter Farrell.)

A fun look at one of my favorite places on Earth…

Finally, as we await the goodtimes that look to be finally returning to us, go ahead and spend 23 minutes remembering how great things used to be (and how generational talents, as Jack Eichel is projected to be, can change so many things for the better).