It seems the Buffalo Bills’ skill players are dropping like flies. McCoy was added to the list on Tuesday. By Wednesday morning, we were told he’ll be ready to go… 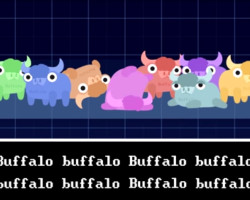 It seems the Buffalo Bills’ skill players are dropping like flies. McCoy was added to the list on Tuesday. By Wednesday morning, we were told he’ll be ready to go for Week One. Well, that is certainly convenient.

It’s a smart idea (or circumstance) to get the “injury bug” out of the way early. I have zero problems resting our best weapons during a largely unnecessary preseason.

Smart Thing One: Jack Eichel Gears Up For His Heroic Raid On The NHL

I imagine putting on that equipment went something like this:  “Now, someone, somehow, somewhere, is going to pay.” Predictions for Jack’s first season in the NHL are all over the place, just as the Sabres as a team are difficult to project for this upcoming season – but Ian McLaren of The Score remains bullish on his rookie campaign:

“The 2015-16 NHL season may still be a couple months away, but it is never too early to start preparing for fantasy drafts. Here’s a look at players 41 to 50 to target, with some relevant stats from this past season.

Where these phenoms rank at the end of the season is anyone’s guess, but McDavid and Eichel belong on this list based on their highly touted potential alone. Billed as “generational talents,” it shouldn’t be unreasonable to expect high-end fantasy production from both rookies. Thirty goals and a point per game? Sure, why not.”

Meanwhile, Eichel is happy to be back at work, away from the crowds and the distractions of the draft. His season begins quite soon:

“When Eichel leaves home in less than two weeks, he will attend the NHL’s rookie showcase, rookie orientation and then he’ll participate in the Sabres’ rookie camp before training camp begins.”

Gear up with your own Eichel jerseys, if that’s your thing. This is going to be a fun season.

Resident Smart Thing Alan Bedenko has returned to this column for two recent commentaries on a couple subjects many of us may have gotten way too emotionally invested in.

Patrick Kane: I don’t have an opinion on this story. I do hope those involved find peace when their journey through this process finally concludes. For those of you who have gotten caught up by the all the tabloid spins that have been hitting the presses, Bedenko has been providing a steady stream of honest, responsible, and informative reporting.

The awful gimmickry of the Street Corner “I’m Not Homeless” Resume Professional: This story was just awful on so many levels, and I am really looking forward to it just going away. Using the homeless as a foundation to whip up some sort of local viral frenzy to cheat yourself ahead in this world stinks. There are far better ways to connect yourself to your community when looking for higher employment – Bedenko mentioned an education – but there are more immediate ways to stay involved in the workforce of this town.

For this particular case study, I’d suggest taking up some volunteer work. I hear the shelters and food pantries are always in need of a helping hand. That would be a very good place to start.

The nation is picking up on the sunny buzz shining out of Buffalo. The MIT Technology Review provided some great insight into the economy and logistics of solar power, and what it could mean to Buffalo in the long term. Here’s a sample:

“The new technology could be a very big deal for Buffalo, too. Overall, the gigafactory is expected to create 3,000 jobs in the city, half in the factory and another 1,500 with contractors and suppliers. SolarCity has also committed to employing 2,000 workers in the state over the next five years in sales and installation of its solar panels. It’s not exactly re-creating the jobs of the steel industry that once dominated the area, but it’s a start. (When Republic Steel closed in 1984, it had 2,500 workers, though Bethlehem Steel a few miles away in Lackawanna had far more.)

As one of the cloudiest cities in the United States, Buffalo is not a particularly attractive area for solar power. Rather, SolarCity is making its manufacturing debut there because of the state’s generous incentives and the city’s industrial infrastructure and experience. Ironically, Buffalo offers another huge benefit: the electricity rate for manufacturers averages just 4.79 cents per kilowatt-hour, which is possible because of cheap hydroelectric power generated from Niagara Falls. If the company wants to make the transition from being essentially a solar-services company to a manufacturer playing an important role in the country’s economy, Buffalo is a good place to be.”

Smart Thing Honorable Mentions/Tweet Roll: The Guardian recently put Buffalo on its list of the Ten Best Parks – of the world. Joining Paris, Barcelona, Florence and more, here is how our greenspace compared to civilization’s finest:

“Frederick Law Olmsted and Calvert Vaux are best known as the creators of Central Park in New York City, but their greatest work is the co-ordinated system of parks and parkways, the first of its kind in the United States, in what was then the boom town of Buffalo. The idea was to integrate the network of green space with the fabric of the city, so that you were never far from it. Buffalo fell on hard times in the last century, but the parks still fulfil Olmsted’s idea that nature could ‘refresh and delight the eye and through the eye, mind and spirit’.”

I’m including my own smart idea this month via popular demand. With all of the art installations popping up around town, it only makes sense to beautify those towers on the waterfront. I’d like to see some artists’ conceptions for our own turbine-skyline. Who wants to be the patron?

Congrats, Tim, on this much deserved honor:

NEVER thought this would happen. Thrilled beyond belief to have been chosen for Best American Sports Writing 2015. http://t.co/T1tWuzVpN2

I could only favorite this tweet once, which is unfortunate, because it deserved so much more:

Pegula says ex-player/coach Kevyn Adams was awestruck while recently skating alone w Eichel. He said, “Am I the only person watching this?” — Vic Carucci (@viccarucci) July 31, 2015

Finally, someone did the work to explain that “Buffalo buffalo Buffalo…” sentence for all of us visual learners:

Note: Questions? Comments? Have a Smart Thing? You can find Scott Michalak awaiting his next fateful season with Buffalo sports at @ScottyMCSS.