If you’re reading this, then you survived winter. Congratulations all around to everyone. That was an awful, breath-freezing experience. You are Awesome Winter Warriors. Except for those who incessantly posted… 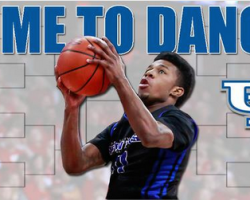 If you’re reading this, then you survived winter. Congratulations all around to everyone. That was an awful, breath-freezing experience. You are Awesome Winter Warriors.

Except for those who incessantly posted DASHBOARD TEMPERATURE PICS.

I don’t want to see another one until it shows me 80 degrees.

Ever been on a cruise? Or a sailboat? You know that time when a larger wave comes along, bigger than all the rest, and unsettles you just a bit? You can feel the space beneath you shift, even if only for a moment, and things seem off balance. But do not fret, for the ship that you are sailing on is still designed to sink, dramatically and inevitably.

His team is a Titanic. It’s a massive undertaking of assemblage and engineering, to a fault – the fault being that he drilled it full of holes, removed the steering, and set it on course to hit an iceberg. (Captain Ted Nolan, I admire your courage and compete as you go down with the ship. I am not kidding when I call you a hero for being at the helm. You’re likely going down with the ship, and that honesty, that determination to make something out of the worst team assembled in the modern statistical era is something wonderful to behold.)

Of course. no predictive mathematical model can guarantee an end of season/iceberg result, but we should be smart enough to be comfortable with the fact that we don’t have to start throwing each other overboard to get to the lifeboats. Everything is still going as planned.

The best part? Tank, or anti-tank, sink, or anti-sink, or somewhere in-between, you’re invested in this team. You haven’t walked away, become indifferent, or stopped showing up to games. You’re all on a ship hurtling towards the depths, the band is playing it’s final tune, and you’re all still there, comfy enough to keep watching and drinking, because at the end of this terrible metaphor/season, you know the whole ship will upright again. It’s that comforting math feeling. Look into it.

It’s going to take time to salvage the vessel and get it back on course towards our common destination, but everyone would argue the same: we want to get there, and like it or not, this rebuild is going to get us somewhere awfully fun.

Smart Thing 2: The Next Big Charity In Buffalo Is: Wear Broadway

26 Shirts announced on Thursday that they passed $100k in money raised for the families it helps.

This is a big deal, no – YOU are a big deal – all you Buffalo people, all of you who use your fun money to help others in need. It’s remarkable what we’ve done so far, and it’s remarkable how much more we can do.

Enter Wear Broadway – which is certainly not  just another local charity apparel company. For every need, there is a niche. From Chris Keller, founder and caretaker of this project:

“This project is one of the best things I’ve ever started in my life, and hopefully, it’ll be something that lasts, well, forever.

Broadway is a do-good apparel company that designs collections specifically tailored to small nonprofits. We partner with organizations who are doing awesome things, to put it simply. Part of the proceeds for these collections will go right back to the organization, with no effort from them. We’ll work with the non-profit again, just design a new collection for them. We’ve partnered with a handful of small non-profits including The Senase Project, where we’ll be helping to fund their Sponsor a Student project.”

So go ahead and click away. Broadway just launched, and they are in the pre-ordering stages. You can find Chris on Twitter at @Chris_Keller and Wear Broadway at @WearBroadway. Go ahead and say hello.

“36in36 is a Buffalo based project that will create 36 unique websites in 36 months. Three of the issues the project addresses are:

1.)  Our business models have not adapted to the internet. We continue to compensate knowledge workers as if they worked on an assembly line.  A key part of working on an assembly line was that you were needed the next day for the line to run. You were paid by the hour, for every hour the line ran.   Today, workers are still paid by the hour, but if you’re a technology worker, it’s likely your work today will continue to run well into the future, without you being around (or compensated).

Creative people being paid? In this day and age? Who are these revolutionaries?

“2.)  Much advice for a would-be entrepreneur is ‘rely on your network’, ‘your network is key to your success’.  You need people with expert content knowledge, people in your target market’s demographic to test the concept, alpha and beta testers… the list goes on and on.   If these people are so important to a project, their existence shouldn’t be left to chance.  Rather than hope we have a Facebook friend that knows tax law, or can write an ajax call to get the weather in Beijing; we compensate people to be in this network, so we can call upon them as needed.

3.)  There are hundreds of ‘hacks’ about how to scale a website. This is now the critical component in creating a successful web based business, not, as it was a few years ago, whether you could get the site up and running.  By creating a managed process that creates a system that develops the best practices at growing a single site, we feel the lessons learned will greatly benefit each of the subsequent projects.  (What we learn from site 1, will benefit site 2, cumulatively, for all 36 sites.)   The result looks less like any company you’re familiar with.   We are developing a network of idea people, developers, programmers, and designers that work on projects, and receive equity in proportion to their contribution.  We’re making it possible to be part of a startup, without leaving your day job.  We’re also making it possible for non-technical people to be involved, and compensated for their efforts.”

Compensation drives ideas that drive jobs. You can, and should, find 36in36 on the Twitters at @36in36.

Our hockey team may be telling you that you have third “jersey fatigue,” but, well, c’mon. Seriously? We’re tired… of imagination? No. We want novelty. Give us all the novelty – jerseys, bobbleheads, even grocery store mini pucks. We are already invested, and we want to spend money. We want to choose our fav “team look” in NHL video games. Don’t deprive us of this – and if you must do so for some legal reason dependant on the contract for the current thirds – don’t put the fatigue excuse on us. That’s on you. We’re all tired of the turdburger, not tired of what may be next.

Sadly, we won’t have thirds for the foreseeable future, but every Sabres fan reading this has a couple days left to design his or her own entry for the Fan Competition to design the most beautiful alternate jersey ever threaded with a pair of crossing swords.

NHL columnist(s) have also taken notice. Figure it out, Sabres:

The gang at @diebytheblade wants to design a new third jersey for the Sabres. How about lending a helpful hand? http://t.co/UAjf7aEcQe

Welcome to the Big Dance, Buffalo! The Bulls win the MAC and are headed to their first NCAA Tournament. pic.twitter.com/4Jynt10yO6

SPOILER: Whomever hands it off to McCoy best wins the QB competition. But seeing this was surprising… or was it? Is this real? Who are we? What is going on with this team, really? Holy moly we may have a team here. Or do we? I don’t know what is real anymore.

Money aside, if #Bills get Clay, I’ll agree with @JoeGoodberry: Buffalo will have a legit Super Bowl roster. Just need semicompetent QB play

Speaking of “holy moly,” why has no one bought me a drink in this town?

Cheers to #Buffalo! 3rd easiest place in United States to get a drink via @CBSNews. Las Vegas ranked #1 pic.twitter.com/RmR8PQN9ZK

Are the Rolling Stones coming or not? I have not idea. But it’s amazing what they can do as septuagenarians. My dad, myself, and my son await the details…

Note: Questions? Comments? Have a Smart Thing? You can find Scott Michalak waiting for a beer at @ScottyMCSS.