Buffalo is not as big as Austin or NYC, but that’s not the reason to think that it’s better to watch movies or play at https://www.playamo.com/games/blackjack instead of walking around… 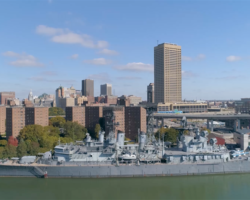 Buffalo is not as big as Austin or NYC, but that’s not the reason to think that it’s better to watch movies or play at https://www.playamo.com/games/blackjack instead of walking around the city. And these are the greatest Buffalo museums.

Buffalo and Erie County Marine and Military Park is located at 1 Naval, Marina Park S. Open April through October, weekdays in November are Saturday and Sunday, and the Friday after Thanksgiving.

Located near downtown Canalside, Buffalo and Erie County Marine and Military Park opened in 1977 and consists of three historic ships: the USS Little Rock, a cruiser that served in the Mediterranean during the Cold War as the flagship for the U.S. Navy’s Second and Sixth Fleets and is now the only missile cruiser in the country on display.

The Science Museum is located at 1020 Humboldt Parkway. It is situated in Martin Luther King Jr. Park and Olmsted Park on Buffalo’s east side in a beautiful building designed in 1929 by the famous Buffalo architectural firm of Esenwein & Johnson. The emphasis here is on the natural and physical sciences.

It was opened in 1966 and greatly expanded in the early ’90s thanks to generous donations from Dr. Charles Rand Penney. It moved into a new building in 2008 – after more than a decade of planning and construction. The center, operated by Buffalo State College, was an important addition to the Elmwood Avenue Museum District. Its mission is to showcase the unique culture and vibrancy of Buffalo and Western New York’s creative community through exhibitions of work by local artists. The center’s core exhibit is the world’s most extensive collection of paintings by Charles Burchfield, a renowned watercolorist who spent much of his artistic life in and around Buffalo. The center also often holds temporary exhibitions.

And then there are the luxury Pierce-Arrow sedans manufactured in Buffalo in the early 20th century, to which the museum owes its name. The Pierce-Arrow Transportation Museum is also building a Frank Lloyd Wright-designed gas station on its grounds, which, when completed, will be the seventh Wright-designed building in and around Buffalo.