People don’t like to listen, even when they think they are listening. 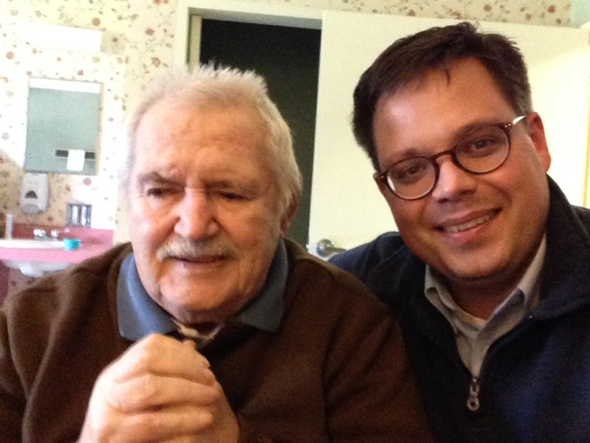 My grandfather is 87 years old. His body is failing him, but his mind is a steel trap.

I used to like to ask him questions about things I’d like to know about, but now mostly I listen when we visit. It’s just another one of the many things I’ve learned from good ol’ Gramps.

Listening is a powerful, underutilized gift. People don’t like to listen, even when they think they are listening. For example, I used to think I loved listening to Gramps’ stories, but I was always asking about specific things. Once I gave up the steering wheel, I really started to enjoy the ride.

Gramps’ mind goes all over time and space. He has a nearly photographic memory for things that happened before he lost his sight a decade ago. He’s starting to lose names of people and places, but he remembers when you give him a little help. That’s not really a new problem either– for as long as I can remember, gramps has called me “AhhhChuckieTommyJimmyEddieAhhGregAhhStevie.”

I stopped by yesterday, and Gramps told me a few great stories about days gone by, as well as his analysis of the world today.

Listening to Gramps, and knowing how much he enjoys having someone listen, has made me a better listener. I love to tell stories, but I’d rather hear a good story well told, by someone who is enjoying the telling. Even if I’ve heard the story 38 times before. The story is the selfish part for the listener.

Enjoying the joy with which the story is being told, now there’s a skill we all need to practice, with someone who could really use an ear.