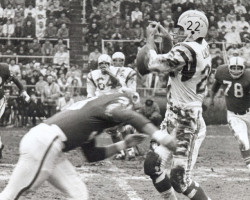 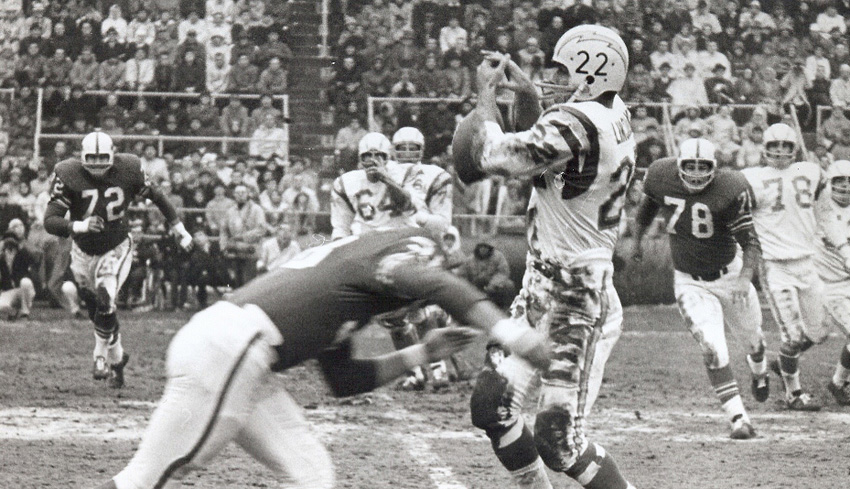 I’ll turn 40 this year so my conscious recognition of the social climate of Buffalo (and its sports scene in particular) begins around 1980 and starts to come into focus a few years after that.

The basic impression I’ve always had is that Buffalo was just fine until Bethlehem Steel shut down in 1982.

This Sports Illustrated article from 1969 by Brock Yates (a Lockport native who also wrote the screenplay for The Cannonball Run) blows up that theory.

The piece was written shortly after Buffalo’s failed bid for a Major League Baseball expansion team– Kansas City, Montreal, San Diego, and Seattle all began play in 1969– and a few years removed from Buffalo being rejected by the NHL– California, Los Angeles, Minnesota, Philadelphia, Pittsburgh, St. Louis all joined the league in 1967.

The whole article is worth your time but the quotes below, in particular, are incredible in their timelessness. Change a word or two and these sentiments could pass for modern Buffalo (mostly sports) talk.

“Buffalo is known as the armpit of the East, although that seems to be an unnecessarily limited title. I’ve seen nothing elsewhere to indicate it has any challenges for national honors.”

“Now that injuries and age have dropped the Bills to the bottom, they think things have returned to normal—that this is the kind of team they deserve.”

3. While we’re not quite “dominated by heavy industry” anymore, the aesthetic remains.

“Their city is hard to love. It is dominated by heavy industry: steel mills, refineries, auto assembly plants and chemical businesses that rely on the cheap power generated in nearby Niagara Falls. This brand of commerce is by nature housed in dirty, slab-sided factories that negate whatever natural lakeside beauty Buffalo might claim. A drive down one of Buffalo’s streets arouses suspicion of a mysterious covenant between an asphalt siding cartel and the world’s architecture-school dropouts.”

5. The Bills might leave if they don’t get a new stadium? And we’d get mad? You don’t say.

“The latest chapter in Buffalo’s dismal epic of sports misfortunes involves the genuine danger that its only major league representative, the much-loved Bills, may skip town in a dispute over a new stadium. In Buffalo that would be tantamount to turning off the water supply and might move the generally law-abiding citizenry to open rebellion.”

6. Way back in 1969, we were sensitive about how we were viewed nationally? Shocker.

“Nevertheless, the fever for big-league status has reached epidemic proportions in Buffalo, and the repeated rejections by the national sports establishment have had a depressing effect on the city’s psyche.”

“Buffalo is blighted by three compelling, if inaccurate, prejudices: 1) that the city will not support a loser, 2) that Buffalo has two seasons, winter and the Fourth of July, and 3) that Buffalo is the national capital of ‘bush.'”

8. The Bills were no good but we showed up anyway? Wow.

“Ever since they came out in 1960 as debutants in that feeble collection of franchises known as the American Football League, the Bills have done very little wrong in the eyes of their adoring fans. To be sure, they have been booed at times—but only as a demanding father might cuff a good son for occasional transgressions. Despite their reputation for unruliness, the fans have been impressively consistent in supporting the Bills—and, until recently, the team’s owner.”

“Buffalo being a hard-nosed town that measures the excellence of football on the basis of skull-cracking blocks and tackles—not cute, gazellelike runners and passers—Wilson wisely hired a pair of rugged coaches during the early years.”

“The AFL title went to the Bills in 1964 and 1965; Kansas City beat them in the 1966 championship game. From there the team’s fortunes began a nose dive that has not yet ended.”

“Half the fans were convinced that Lamonica was better than Kemp and, of course, as soon as Jack would have a bad day, they’d start to scream for Daryle.”

“Blighted by bad luck, an epidemic of injuries and advancing years in some key players, the Bills won only four games in 1967, and this season, of course, managed only one victory, a home-town upset over the despised New York Jets and their white-shoed, twinkle-toed quarterback, Joe Namath—the kind of player Buffalonians would struggle eight miles through a blizzard to see mussed up.”

13. Our county government used to be inefficient?

“The county legislature is hung up on the question of where to erect the new domed stadium, which it has already approved.”

“Buffalo is an excellent sports town, like all major Great Lakes cities, and I don’t regret for a minute having located the Bills there, but now they’ve got to move ahead, develop for the future.”

15. Here’s a quote you love to see from the team’s owner.

“Buffalonians will support a loser as well as any city, and our attendance the past two years has proved it.”

16. Somebody said this today, right?

“The present talk centers around a domed stadium, but I’ve questioned whether a facility of that type might not be too expensive for Buffalo.”

18. “If the stadium is also a convention center, everybody will want to come to Buffalo!”

“Exponents of a downtown location feel the new stadium would be a major component of a convention complex that would include hotels, restaurants and an exhibition hall. Their opponents argue the high cost of land, potential transportation congestion and harsh lakeside winds, which make a downtown site less favorable than the accessible, wide-open spaces of suburban Amherst.”

“A News editorial recently warned, ‘A community that cannot support major league sport in big-league fashion is relegated to second city status, inevitably.’ But move it must, or Buffalo will find itself forever branded as a city of bush-leaguers, bad losers and intolerable weather. It is likely that Buffalo is none of these things, but the dismal face it presents to the world neatly conceals its virtues. And they will probably remain concealed until a spectacular venture like a domed stadium can be executed.”

“One by one we ain’t very pretty but, when 60,000 of us get sittin’ inside that new domed stadium, some of them so-called big-leaguers are gonna think we’re damned beautiful.”