Embed from Getty Images As excited as many of us get this time of year, make no mistake, perennial butchering of the NFL Draft is the absolute root cause of SIXTEEN… 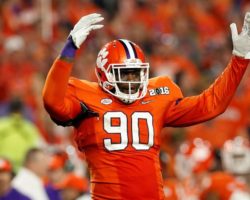 It’s AMAZING how bad the Bills are on Draft Day

As excited as many of us get this time of year, make no mistake, perennial butchering of the NFL Draft is the absolute root cause of SIXTEEN CONSECUTIVE NON-PLAYOFF SEASONS for the Buffalo Bills.

Conventional wisdom says it takes three years to assess the success of an NFL draft class, so we’ll leave 2014 and 2015 out of the discussion as we look at every draft back to 2006 (when elder statesman Kyle Williams joined this mess.)

Which of the following facts is most damning?

Here’s what the Bills have to show for the 68 draft picks they made during the 8-year stretch from 2006 through 2013.

The average NFL career is short– 3.3 years, according to the NFLPA (see related info below)– but that number is brought down by teams like the Bills and their distinct inability to choose players capable of playing in the league.

Just look at this. 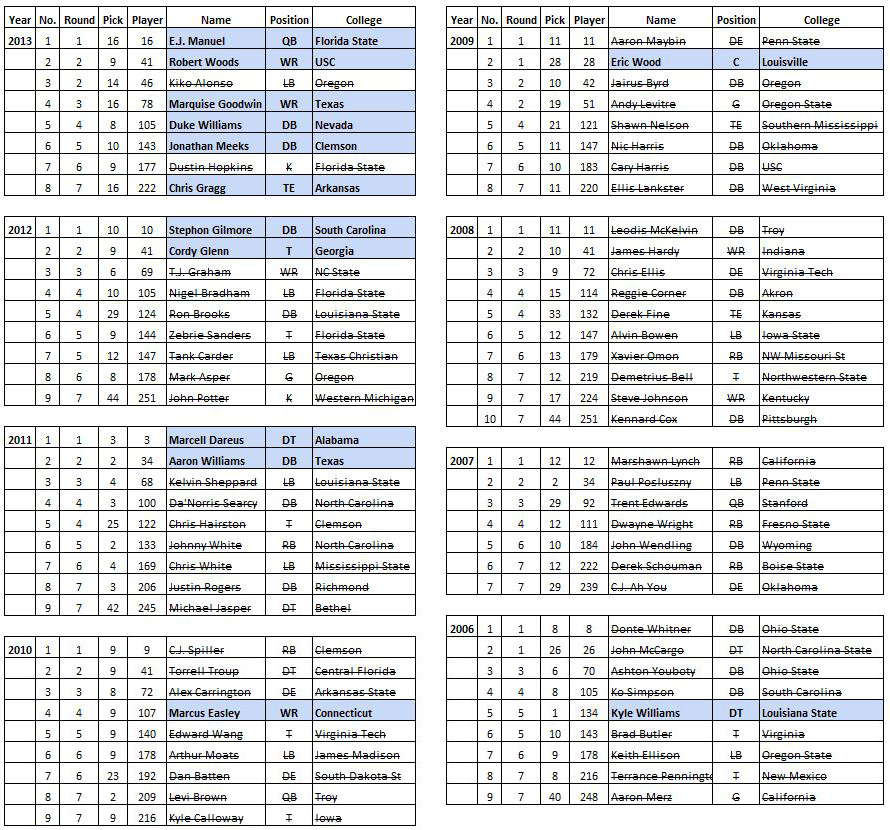 Some of these picks went on to play elsewhere but only one– Marshawn Lynch– at a star level. Want to call Paul Posluszny “solid” in Jacksonville? Fine.

If you’d like further evidence of the Bills’ ineptitude, here’s a recent study showing Buffalo as the third worst drafting team in the league since 1996.

Enjoy the draft, everyone!

All info below from statista.com: 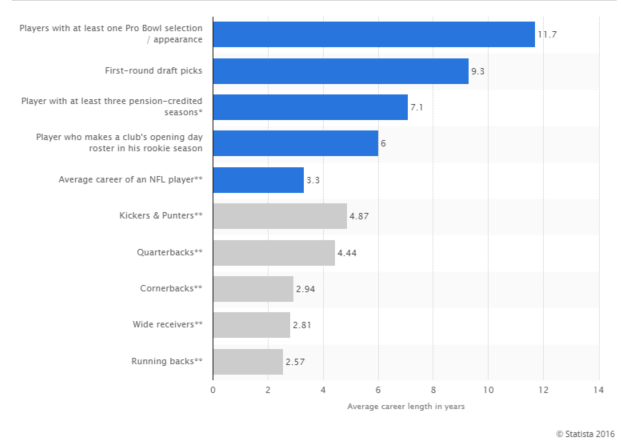 Players with at least one Pro Bowl appearance usually have the longest career of all NFL players. These players’ careers last for 11.7 years on average, nearly four times longer than the average NFL career. First-round draft picks also have a NFL career length far above average – around nine years. In terms of positions, kickers and punters have the longest NFL career average, as their positions require the least physical contact in comparison to other positions. Quarterbacks are next on the list, with average career length of around 4.4 years. George Blanda, who played both as a kicker and a quarterback, has the longest NFL career of all times, playing for 26 seasons in total.