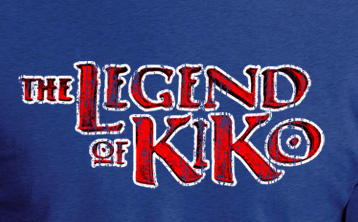 OK, it’s only October 2nd and we’re four games in… but The Legend of Kiko continues to grow.

Grantland.com‘s Bill Barnwell put out his picks for the quarter-season awards and calls Kiko as Defensive ROTY a no-brainer.

Defensive Rookie of the Year

This is one of the easier choices on the list. While I’ve been impressed by safeties like Kenny Vaccaro and Eric Reid, the clear favorite for Defensive Rookie of the Year is Bills middle linebacker Kiko Alonso, who has become a team leader and playmaker after just four games. With the Buffalo secondary ravaged by injuries from day one, Alonso has been a force to be reckoned with in the middle. His range as a defender allows him to cover just about any tight end or running back creditably, and when balls get tipped in the air or thrown away from their targets, Alonso has been picking up free opportunities for takeaways. He’s tied for the league lead with four interceptions through four games. Alonso is also another success story for trading down; the Bills acquired the second-round pick they used to draft Alonso by trading down in the first round. The major pieces in that trade ended up becoming Tavon Austin for Alonso and EJ Manuel; it’s ridiculous to judge it after four games, but if you’re in the mood to be ridiculous, it’s been a huge win for the Bills so far.

If nothing else, it’s a pretty good indicator that Alonso’s got a decent shot at being named NFL Defensive Rookie of the Month for September.