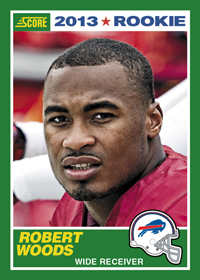 Well, we were half-right on our prediction of what the Bills would do in the second round.

Other than what we’ve seen of him on the field, the best way we know to get a sense of the guy is, of course, Twitter.

Here are a few of his tweets and retweets just before and after being selected by the Bills.

Shout out to EJ3 BEFORE becoming teammates.

Already got the “fam” thing down. #billsmafia

I want to buy your jersey but I’m wondering…