The 2017/18 season marked the worst points tally that the Buffalo Sabres have accrued in three seasons, winning just 25 games and 62 points. It also marked the seventh consecutive… 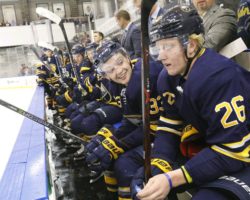 The 2017/18 season marked the worst points tally that the Buffalo Sabres have accrued in three seasons, winning just 25 games and 62 points. It also marked the seventh consecutive season that Buffalo fans have been without a postseason. The fans of the Sabres have endured many storylines over the last few years, such as the hope of getting Steven Stamkos, but few have ended in joy. But, hope is eternal for ice hockey fans in Buffalo, and there are more reasons to be ambitious in 2018/19 than there have been for a long time.

Over the summer, general manager Jason Botterill worked hard on delivering a team to Phil Housley that can pull the Buffalo Sabres out of the basement of the NHL. These moves have not gone unnoticed by the fans. As relayed by The Hockey Writers, 81 per cent of poll voters think that the Sabres will finish with more than their meagre 62-point count of last season. Also, a majority of voters see the Boston Bruins, Montreal Canadiens, and the lowly Ottawa Senators as dropping from their points tallies of 2017/18.

But, what’s to say that this season won’t just see another total collapse following another season of optimism? Well, there are many reasons why the Sabres should be able to pull themselves up the standings.

A new, new hope in Buffalo 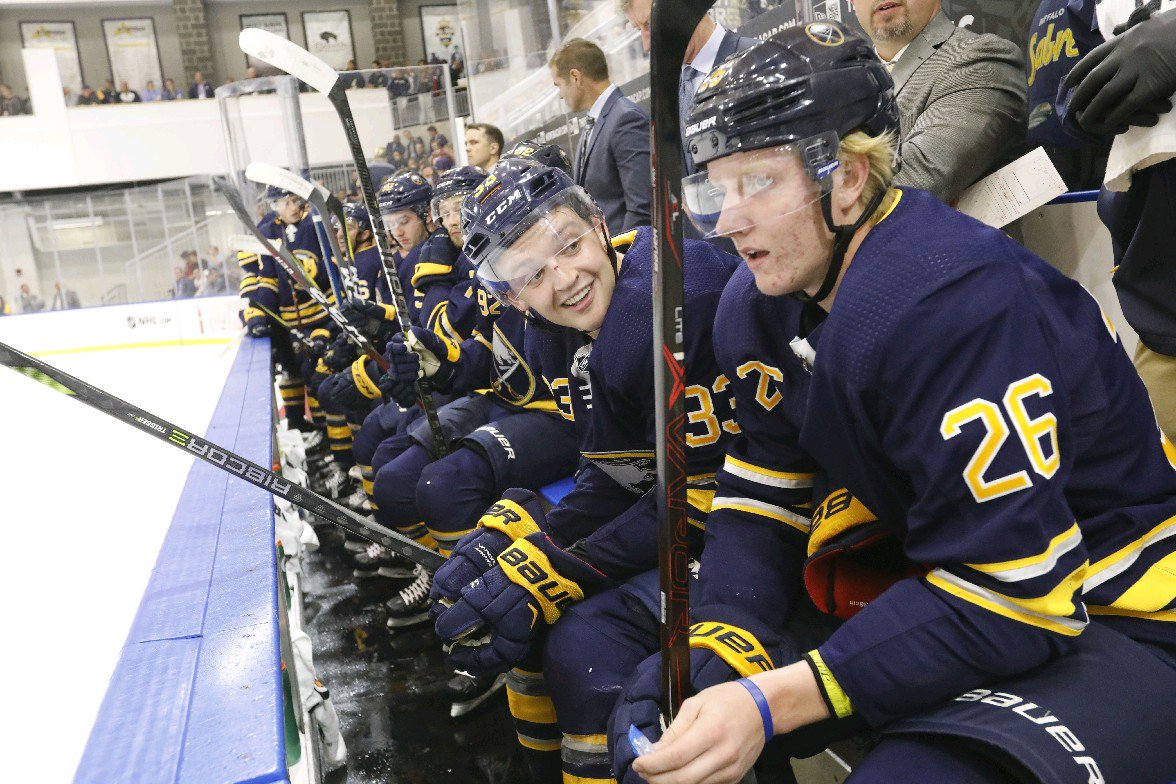 One of the major problems for the Buffalo Sabres last season was certainly poor goaltending and an inability to move the puck out of the defensive end. This season, Zach Bogosian is set to be fit, Rasmus Ristolainen is expected to continue to grow into his lofty potential, and they’ll have the first overall pick of the 2018 NHL Entry Draft.

After years of the NHL Draft Lottery mistreating the Sabres, it finally brought Buffalo the pick that they’d earned through a year of turmoil. With the pick, Buffalo picked up the consensus first overall, NHL-ready, two-year hyped defenseman from Sweden, Rasmus Dahlin. Still only 18-years-old, Dahlin is already tipped to win the Calder Trophy despite being with the basement-dwelling Buffalo and this year boasting a stacked rookie class.

In support of their enhanced defence corps, the Sabres signed the player who has been one of the best backup goalies in the NHL for a few years and appears ready to take on a starting role: Carter Hutton. Robin Lehner never panned out in front of the net but did have to deal with a lot of pressure caused by the faulty defence. But, with a better defence and an experienced goaltender ready to make a name for himself, the Sabres should see their defence woes fade a bit.

While the Sabres did trade one of the best two-way centres in the league, Ryan O’Reilly, as shown by Sportsnet, they did bring in a batch of team-improving players with Conor Sheary, Patrik Berglund, Vladimir Sobotka, and Jeff Skinner among others. The team has certainly become better while fellow Atlantic Division teams have shown signs that they may begin to fade.

Opportunities to succeed in the Atlantic Division 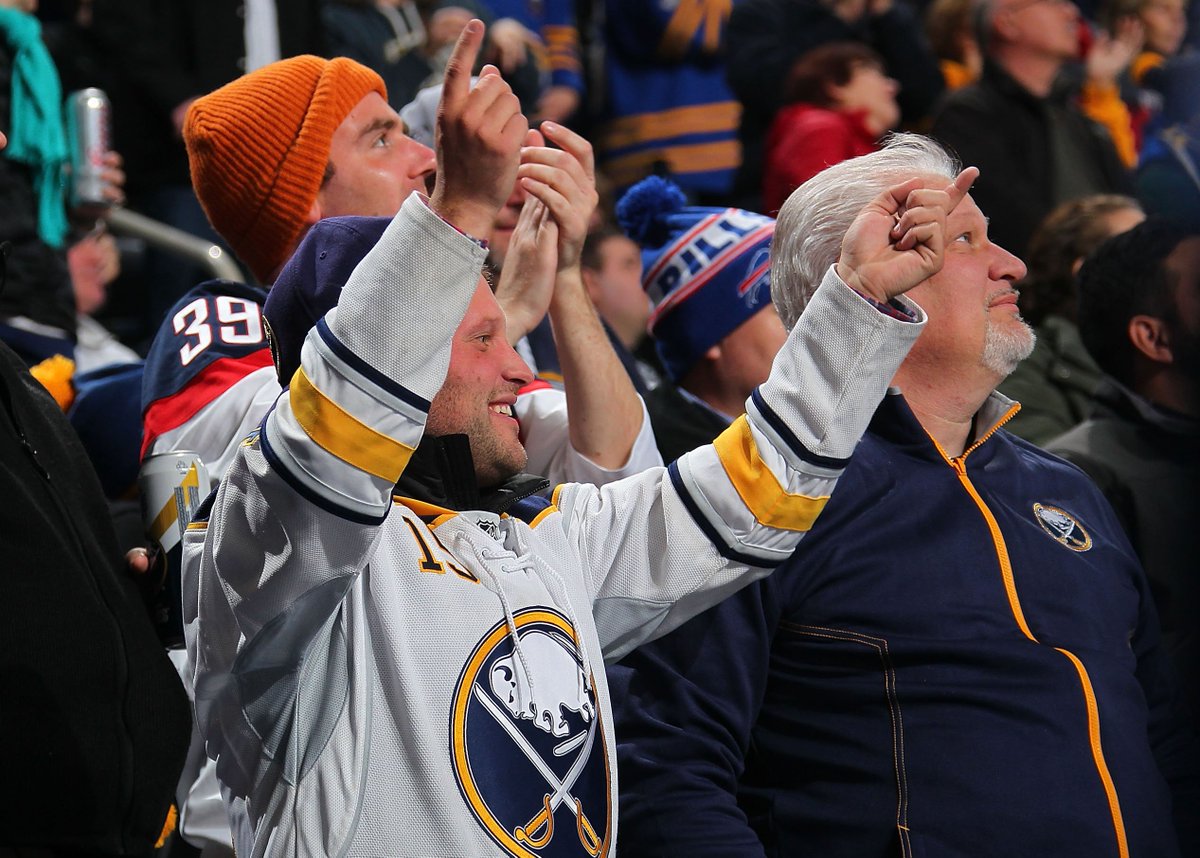 The Buffalo Sabres have made significant strides towards becoming a better team whereas some others look to be on the slide. Not only has Rasmus Dahlin been showing his immense ability in preseason, as shown by NHL, but they’ve also picked up another top scoring option in Jeff Skinner and look to have solidified their goaltending situation.

The Montreal Canadiens look to have gone backwards by failing to pick up a much needed top-six centre in the free agency, and being without Shea Weber until December will certainly hurt them. Price will win games, but they look set to continue to struggle. Currently in turmoil and likely looking to trade Erik Karlsson and Matt Duchene, the Ottawa Senators aren’t in good shape and are expected to be the basement team by the fruition of their 82 games.

But, at the top end, the Atlantic Division is stacked with potential Stanley Cup contenders. As of 9th September, the Tampa Bay Lightning and Toronto Maple Leafs are the 6/4 favourites to win the division with Betway, while the Boston Bruins trail at 5/2. Buffalo are at 33/1, and aren’t expected to run for the top spot. However, they are rated higher than the Canadiens, Senators, and Detroit Red Wings to do so.

Despite the tantalizing link-ups between Jack Eichel, Jeff Skinner, and Rasmus Dahlin that’s causing a lot of belief within the Sabres fan base, few think that they can actually win the division. There’s potential for Buffalo to push for a wildcard place if they start well and hold momentum, but this season is all about simply doing better than last season to show progression.

In the Atlantic Division alone, there are at least two teams who the Sabres should be able to finish ahead of in the final standings. Making a push to be a late playoff place candidate is a big ask, but moving out of the basement and towards a postseason within the next few years should begin in 2018. Then again, the last two teams who selected first-overall made it to the playoffs in the same year.