In the near future, I’ll be joined on the Trending Buffalo podcast by Bryan O’Leary, author of Spygate: The Untold Story. I’m just finishing it up now and, as a… 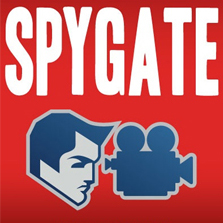 Read This If You Don’t Root For The Patriots 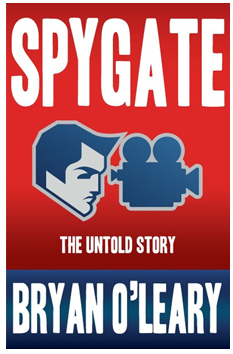 In the near future, I’ll be joined on the Trending Buffalo podcast by Bryan O’Leary, author of Spygate: The Untold Story.

I’m just finishing it up now and, as a Bills fan, the story that it tells is infuriating.  O’Leary helps to clarify all of those “this just doesn’t seem right” feelings that you’ve had about the Patriots since 2001.

After you hear the interview, you’re going to buy the book.  You might as well just buy it now.

Note:  Interview will be recorded Thursday evening.  It’ll post on the site either Friday or early next week.

Spygate: The National Football League videotaping controversy – as nicknamed by the media – surrounding the illegal taping of  the New York Jets defensive coaches signals by a New England Patriots employee on September 9th 2007

On the heels of opening day in the National Football League and five years after the “Spygate” scandal broke, author Bryan O’Leary re-opens his own investigation into the incident and wonders why the NFL and the media swept this under the rug and handed the New England Patriots minimal fines with a slap on the wrist.

The official NFL position of league officials and owners was “case closed” before they had ever spoken with the only key witness in the case who was willing to speak – Matt Walsh, the game day videographer for the New England Patriots.  An absurdly illogical position if they actually wanted to investigate the effectiveness of the cheating system.

“I discovered a very telling statistical connection between the New England Patriots performance and the cheating scandal they were involved in,” says O’Leary.  “This fact directly contradicts the NFL version that the cheating system the Patriots created did not help them win three Super Bowls, but the supporting anecdotal evidence is overwhelming.”

In a candid and controversial interview, O’Leary will go into in-depth detail about:

*       Why he felt so compelled to write this book five years after the scandal broke
*       The Patriots extreme performance in several tested data points indicating that their cheating system was very effective and helped the team win games
*       The Patriots being secretly run from the shadows, by a mysterious lifelong friend of head coach Bill Belichick named Ernie Adams.
*       The Patriots performance against the Vegas betting lines which should be impossible to achieve
*       The inexplicable destruction of evidence at the scene of the crime in Foxboro, Massachusetts – not in the New York City offices of the NFL
*       Why did Belichick only get a slap on the wrist?
*       Where is Matt Walsh and why did the NFL and the Patriots put him in hiding?

“Is it possible that the Patriots are still using some systematic advantage, because they continue to perform as a statistical anomaly that can’t be explained by excellent play? asks O’Leary.  “Since the sports media is beholden to the NFL, members of the media would never write a book so critical of their biggest revenue source.  When nobody wrote this book, I decided to write this book myself by a fan for the fans.”

Bryan O’Leary has been working in the investment management arena for over twenty years.  He currently works for a firm that creates commodity and currency systematic trading strategies.  An avid NFL fan whose family was in law enforcement, O’Leary always thought it odd that the Spygate scandal was covered up and not investigated fully, so he wrote a book about it.  The book is highly sourced and fact checked.  The anecdotal evidence is overwhelming and the statistical analysis is off the charts, literally.  A graduate of Indiana University of Pennsylvania, he lives in Dallas, Texas with his wife and three kids.  This is O’Leary’s first book.