Boy, that Sabre season took some doin’, huh? Are you all okay? We lost the NHL draft lottery. The pessimist in me says that it’s a good thing because Florida… 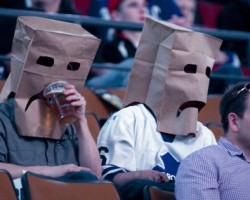 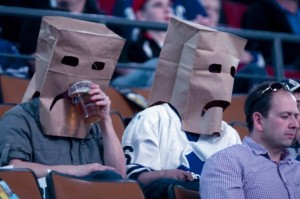 A straw would work here.

Boy, that Sabre season took some doin’, huh? Are you all okay? We lost the NHL draft lottery. The pessimist in me says that it’s a good thing because Florida now gets the first chance at picking the wrong guy. That is honestly how my mind works.

The NHL playoffs start Wednesday night and you’ve probably been so busy with work and lent that you didn’t get a chance to pick a team to root for.

No worries. I’m here with a Sabre fan’s guide on who to root for in the NHL playoffs. This is a little bit less than scientific, in that it is complete nonsense. Like everything else I’ve ever posted on Trending Buffalo, you probably shouldn’t read this.

There are several factors I consider when deciding on who I would like to lift the cup if it can’t be my team. Since it can NEVER be my team, I’ve gotten quite good at this. Those factors include things like fan base suffering, likeability of players and whether or not anyone on the team has ever played for the Bruins. Once you’ve been a Bruin, that stink is on you for life. You could strap yourself to the hood of a Buick and get driven through a Dr. Huggs for three days and nights, you’re still a Bruin.

I’ve ranked all 16 teams in the reverse order of who you should root for if you’re like me.

16. Boston – I wouldn’t root for the Bruins if my dad was their goalie.

Any Bruins? Yes. They’re all Bruins. I hate them all.

15. Philadelphia – The only thing worse than a Bruin is a Flyer. Although, the Flyers did fire Peter Laviolette and his face, so I guess that secures the 2nd last spot on my list. If I were bleeding to death from a gunshot wound and the only garment I could reach to jam in the hole and stop the bleeding was a Flyer’s jersey, I’d use the jersey to stop the bleeding. I don’t want to die. I just don’t like this hockey team very much. Please don’t ask why the only thing lying around to stop my gun wound would be a Flyer jersey, or why I would be shot in the first place, or whether or not a hockey jersey would stop blood flow. Look, this isn’t a medical journal, it’s an NHL playoff preview. I’ll tell you this much, if I am shot and the only thing lying around the crime scene is a discarded Flyer jersey, you can be sure that a Flyer fan shot me. I’m no detective.

Any Bruins? No, but does it make a difference?

14. Pittsburgh – Screw you, Crosby havers. You don’t even need my rooting interest.

Any Bruins? Yes. Chris Kobasew was a Bruin for his two best NHL seasons.

13. Anaheim – There’s a lot to like about this team. It’s too bad their fans don’t really see it that way.

12. NY Rangers – Remember when Richards wouldn’t talk to the Sabres? I hold grudges.

Any Bruins? Yes! Benoit Pouilot. – Bruin for one season. Jerk.

Any Bruins? No, but Peter Stastny’s kid plays for Colorado. Those Stastnys are bad news.

10. Detroit – The Wings have suffered long enough. It’s about time they’ve pulled out a championship season. While I don’t particularly care much for the outcome of Red Wing games, I do love those uniforms. They’re some of the best sweaters in sports.

9. LA Kings – They just won the cup. They had Wayne Gretzky in his prime. Sorry, Kings. You need to lose for forty years before I root for you.

8. Tampa Bay – Ewww. Tampa Bay? Who would even? My wife made a noise once when Ryan Malone took of his helmet during a penalty box close up. It wasn’t a noise that instills a lot of confidence in one’s marriage.

Any Bruins? Nate Thompson played 4 games and skated 32 shifts with the Boston Bruins during the 2006-07 season. He may as well have a bear tattoo on his face.

7. Chicago – They just won, but I am always intrigued by dynasties. There’s no shortage of Patrick Kane stories on the internet, but I have one that I really enjoy. I heard a story that Patrick Kane went to a random guy’s birthday party and asked to try on a shirt that the guy got for his birthday and just left the party wearing the shirt. I have no idea if that’s true but I love that story more and more every day. That’s just the most amazing thing ever. I love that story so much. There’s no way it’s true.

6. Columbus – I like the NHL. I feel like Columbus winning a Stanley Cup would be good for the league? That’s a question mark. Who even really cares? You’re still talking about the Patrick Kane thing anyway.

Any Bruins? Nathan Horton lifted a cup with the Bruins. I can still see it. I need eye wash.

5. Montreal – I don’t hate Montreal. Growing up, I only had enough room for my Bruin hatred. I will enjoy watching Daniel Briere and Thomas Vanek play while I throw up in my mouth a bunch of times.

Any Bruins? No Bruins, so there’s that.

4. San Jose – The fans have always showed up. Even when the team sucked, they showed up. It makes me knees hurt to think about how

old Joe Thornton is. He played for Boston when they lost to Buffalo in the 2nd round of the 1999 playoffs. Holy cow! I just looked up Joe Thornton’s age and he’s only 34! He’s must have been 8 years old in that series. Joe Thornton is only 34 years old! I’m not even mad. Some weird part of me has always wanted Joe Thornton to win. I also rooted for David Simms in the movie ‘Tin Cup’.

3. Minnesota – Jason Pominville was really polite to my wife and I when we ran into the him in the produce section of Wegmans back in 2005.

Any Bruins? No Bruins!

2. Dallas – I really like Lindy Ruff and I would like him to win a Stanley Cup. I hate that the Sabres fired him. It’s one of the worst days in franchise history, for me. This would be a no brainer for me if it weren’t for all of the former Bruins on this roster.

Any Bruins? Laws, yes! Rich Peverly was a Bruin for 3 seasons. Tyler Seguin began his career there. Tim Thomas is a Star? What? Sergei Gonchar played one season with the Boston Bruins in 2003-2004. He also played one season for every team in the NHL. This team reeks of Bruins. It’s like a bottle of bear urine that hunters spray on trees. Combining the Bruin-ness with the Star-ness is too much. Sorry, Lindy. Maybe clean up the roster a little bit.

1. St. Louis – It would be cool if Ryan Miller won a cup. I don’t know what it would prove, or if he even has to prove anything.

Any Bruins? Vlad Sobotka played three seasons with the Bruins. On the other hand, his freakin’ name is Vlad Sobotka! That name belongs on a comic book cover.

Who cares. This league is fixed.