We love Twitter… but we hate what it’s done to sports media. The transition from traditional journalism to the internet was bad enough when it just meant reporters were scrambling… 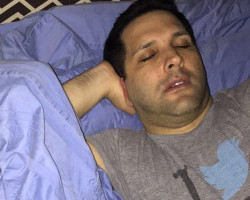 SOURCES: Most Sports Reporting is Bullshit

We love Twitter… but we hate what it’s done to sports media.

The transition from traditional journalism to the internet was bad enough when it just meant reporters were scrambling to update websites.

Now that every member of the media is expected to transmit information to the world in real time, it’s gotten a whole lot messier.

By and large, sports reporters are not muckrakers. They’re not sifting through deleted emails and stadium garbage cans to assemble the clues to blow the cover of the next great scandal. They’re not filing requests under the Freedom of Information Act to find the truth behind improprieties and injustice in the NFL.

In today’s media, information is currency and reporters trade their distribution for information futures. Everybody is using everybody to craft a narrative that’s best for their own interests. It’s all a game and you’re not part of it.

Let the Doug Marrone situation be a lesson to us all that nearly everything a sports reporter reports has been given to them by someone who wants that information public.

And in 2015, “information” gets “published” immediately.

Facts? Nah, just information. We’ll worry about facts later… or not at all.

With yesterday’s announcement of Marrone’s new gig as offensive line coach and assistant to the regional manager in Jacksonville, let’s take a look back at some of the “reporting” from the barrage of misinformation that hit us in the wake of Marrone’s departure from the Bills.

“Remember, you heard it here first. It’s wrong… but it was first!”