Oliver and Mack– players to watch.

It’s NCAA Football “watch list season” and UB’s top player on each side of the ball has made the cut. 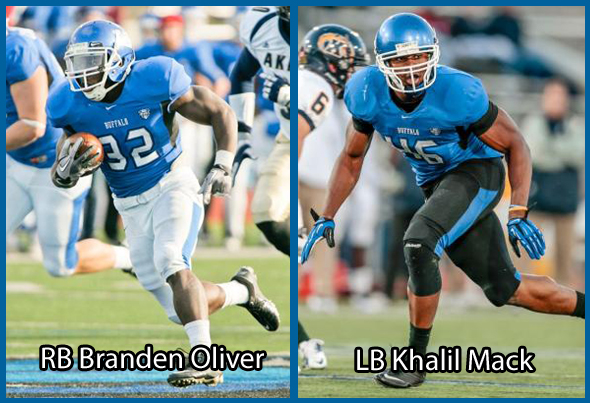 The Maxwell Award, named in honor of Robert W. “Tiny” Maxwell, has been given to America’s College Player of the Year since 1937. Maxwell’s contributions to the game of football were extensive, including as a player, a sportswriter and an official. 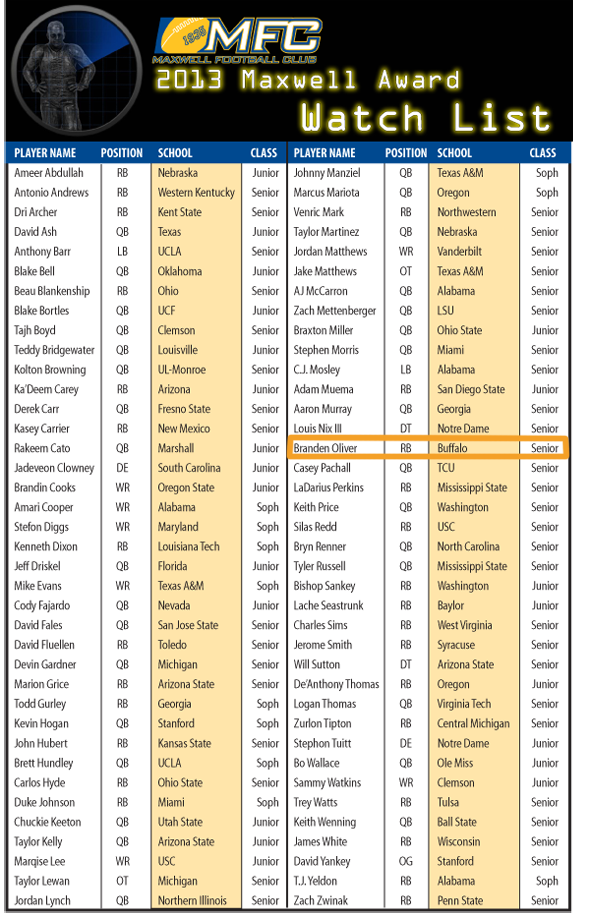 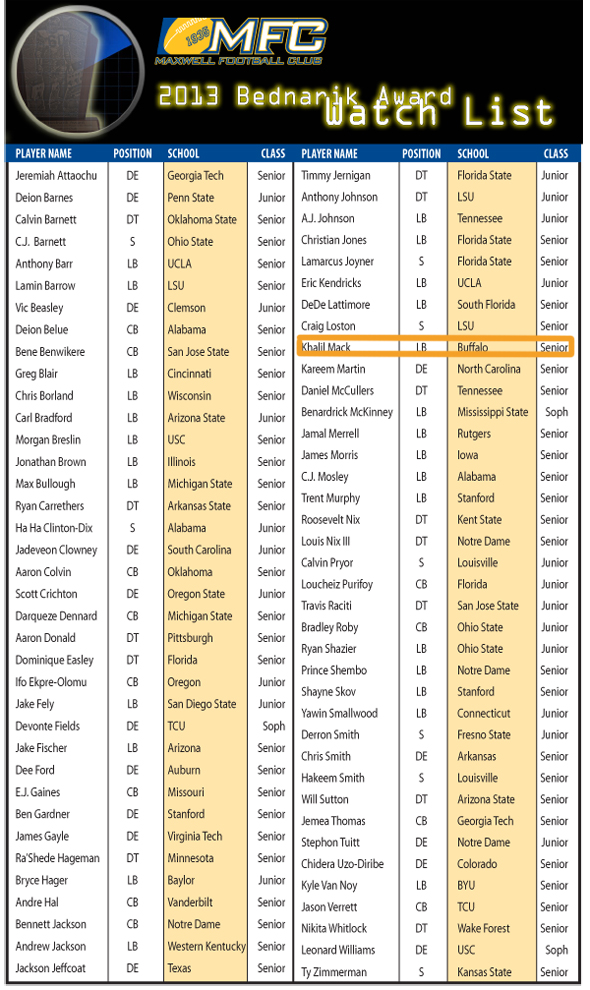 Several of UB’s 2013 opponents are included as well.

UB’s season kicks off in Columbus on August 31 against an extremely talented Ohio State Buckeyes squad. The Bulls’ home opener is September 14 against the considerably less juggernauty Stony Brook Seawolves.