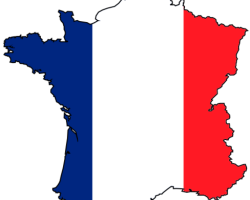 8:30 pm, Eastern Standard Time
Tennessee @ JACKSONVILLE (-3) 43.5
…… Things that shocked us in the week that was.
1.) …. Charlie Sheen has announced that he is HIV positive. That in and of itself must be breathtakingly, mind-blowingly false considering the repressed sexual nature of the subject. However, the real bombshell is that a private, virtuous, publicity shy introvert like Mr. Sheen would ever stoop to releasing fabricated medical statements as fact to rejuvenate a moribund B heading to C list acting career.

2.) …. Bristol Palin is expecting her second child in the next month or so. This will be her second consecutive progeny to be born out of wedlock. We find this incredible since Ms. Palin accepted hundreds of thousands of dollars from Pro Abstinence groups since her first scarlet letter birthing back in 2009. That unfortunate coital accident threatened to derail the heartfelt GOP moral plank of Christian virginal purity that underscored the John McCain-Sarah Palin Republican ticket in 2008.

….. Since that time, Ms. Palin has earned over a million dollars from Pro-Abstinence, Anti Sex Education organizations like Candie’s Foundation. Bristol would travel around the countryside explaining her situation & inspiring potential backsliders to keep their thighs closed and pursue the goal of preserving the sanctity of their virtue to the nth degree.

….. This would involve learning the particulars of the totally, …. well, mostly historically factual ( according to the Roman Catholic Church ) tale of Saint Ursula. Sometime in the third or fourth century AD, Princess Ursula, chaste daughter of Celtic King Dionotus of Dumnonia in southwestern Britain headed out for a pilgrimage to Rome accompanied by 11,000 virgin handmaidens. Upon arrival they convinced the Pope ( either Cyriacus or Siricius ) to join them & they all continued their trek to Cologne in modern Germany.

….. The city was under siege at the time by Attila the Hun or possibly another Hun General. When they arrived they were captured by the barbarians, all of the handmaidens were beheaded but none were raped. Ursula was personally shot and killed by the Hun leader. [ we are assuming with an arrow, as giving the Huns gunpowder in this account 1,000 years before it was used in Europe is a bridge too far for even the Vatican in the incredulity department.]

…… The story goes that the Huns were intimidated by Ursula and the handmaidens strong faith. They feared that the God of Abraham might smite them if they took liberties with the maidens’ bodies. However, they felt there would be no repercussions from Yahweh if they just beheaded his followers. We don’t know if these unfortunate victims were the 11,001 most homely females ever assembled in Dark Age Europe, …… but knowing how discerning the Huns were when it came to forced casual sexual encounters in their exploits rampaging through Europe & Asia Minor, this story is completely plausible.

…. Nobody is quite sure of what became of the Pope.

….. In just one year alone, 2009, Candie’s Foundation took in $1,200,000.00 in donations. Bristol earned $262,000.00. Unfortunately expenses are so egregious in running a charity ( mostly due to big government & pesky, needless socialist regulations ), the organization could only find $35,000.00 to donate to actual people in need of help with unwarranted pregnancies.

…… Of course Ms. Palin parlayed that spokesperson job into even more money by appearing on TV shows like “Dancing with the Stars” and speaking to high schools & colleges as an “Expert” on the issue of abstinence.

….. Well darned if it didn’t happen again, after Divine Intervention was officially ruled out, it was confirmed she got pregnant again in 2015!

…… I guess you can pour your heart out in front of the camera and on stage, constantly retelling your odyssey wrestling with evil, misguided hormones. I guess you can collect those large cheques and rationalize that through your love of Jesus you are indeed not a hypocrite & have a clear conscience.

…… but you still have to read the pamphlets.
3.) …. Suddenly every politician in America is embracing their love of France and everything that is unique and special about the Gallic Culture. After the gutless terrorist attacks in Paris last week, everybody in his uncle goes on record to announce their solidarity with France and the French people. Every politician is a Historian now. They recall how France was America’s first ally, the exploits of Marquis de Lafayette & later gave them the Statue of Liberty.

……. This is very surprising because we remember a time not so long ago when this was not so. After the attack of 911, France also declared its solidarity with the United States. However, in the aftermath when France refused to join the American coalition in invading Iraq, things changed. France stood against the invasion, arguing that Saddam Hussein had absolutely nothing to do with the attacks of September 11. Furthermore, they warned that destabilizing the Iraqi regime would lead to chaos in the region amongst the various ethnic, religious & cultural groups. This would lead to far worse conflicts that would not be resolved easily or quickly.

……. It would have served us all well to have listened to the French in that case. They do know a little bit about the region. After all, it was the British & French who controlled most of the Middle East between the two World Wars after the collapse of the Ottoman Empire. They drew up the phony borders that could have been gerrymandered by a Texas Republican. They also set up the various Sheikhs & Emirs and their dictatorships that still rule in the Persian Gulf. In exchange for military protection they received preferential access to petroleum fields and favourable oil pricing structures.

…… In America post 911, the French were hailed by the majority of politicians ( mostly but not exclusively Republican ) as cowards, traitors and lacking in moral fibre. Their culture was mocked and ridiculed.

…… You couldn’t go anywhere without confronting some simpleton holding public office trying to one up the next in showing his contempt for all things French. This went from burning French flags & Michelin tires to banning Julia Child’s French Cookbooks from local libraries. Some video store owners banned Jerry Lewis movies and people constantly repeated mostly historically inaccurate perceptions of the French army as cowardly and unworthy.

…. In the 2004 Presidential Campaign John Kerry was heavily criticized & mocked for mentioning that the French stand on Iraq should have been more carefully considered before the invasion and for his rudimentary use of the French language when speaking.

…… Of course many of the same men who are hailing the French today are the exact same people who headed that parade of the stumbling ignorant about ten years ago.
4.) ….. Who in the hell besides the wives, girlfriends, concubines & family demographic is going to watch this game between the Titans and Jaguars?

…….. Tennessee played hard for a half last week, but slowly succumbed to the stronger Carolina Panthers in the second half to ruin the chance of new interim coach Mike Mularkey attaining a two game winning streak. The Titans showed some spirit in the game late & did get upset with Cam Newton’s stupid, taunting, lengthy touchdown dance that cheapens his accomplishments.

…… If anything, it is even more moronic than his now temporarily retired, copyright infringing, unoriginal & embarrassing Superman ditty.

….. True, but if Cam doesn’t soon adopt the Barry Sanders “Act like you’ve been there before” philosophy, he just might get hurt. We know Cam is a big guy, but one day some big lineman is going to go Jackie Slater on his Mark Gastineau “Sack Exchange” ass.
…… The Jaguars didn’t have the lead till the 60 minute mark last week thanks to the worst combined reckless facemask penalty & missed penalty for faulty offensive alignment on the last play of the game ever!

….. A fifteen yard penalty against OLB/DE Ravens Elvis Dumervil gave the Jaguars the winning 53 yard field goal despite the missed illegal formation call. Baltimore coach John Harbaugh whined about it after the game. Sorry John, your 2-7 team didn’t deserve it even though you outplayed them for most of the game. The Ravens committed 4 turnovers, 9 penalties for 121 yards & tried to run out the clock by neutering their offensive initiative late in the game.
…… The Jaguars have the advantage in the short week because they are at home, have the more experienced QB, are on a high after their improbable win and are one game closer to the still vulnerable AFC Central first place Colts than the Titans are.
Liberte, Egalite, Fraternite
Pick: JAGUARS (-3)
Bob: Titans +3