The New England Patriots are currently 4.5-point favorites over the Philadelphia Eagles for Super Bowl LII Feb. 4 in Minnesota. And while it’s certainly possible to make a a good… 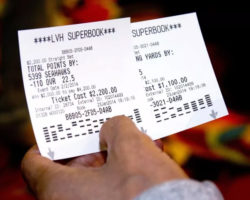 The New England Patriots are currently 4.5-point favorites over the Philadelphia Eagles for Super Bowl LII Feb. 4 in Minnesota.

And while it’s certainly possible to make a a good case for both the Patriots -4.5 AND the Eagles +4.5… when it comes to the Super Bowl, the prop bets are where the real action is.

From the opening coin toss to the final Gatorade splash, literally everything is in play.

Here are three of our favorite Super Bowl prop plays odds from sportsbettingdime.com.

It’s no secret that there is a TON of sharp money showing up in Vegas on the Philadelphia Eagles to win the Super Bowl. So much show that odds, and payouts have significantly dwindled on the Eagles over the past week. If you believe in the Eagles, you have a much better upside in taking Nick Foles to win the MVP at +750 than the eagle to win the game outright at +180.

Being from Buffalo, we’ve seen a lot of Patriots games. We’ve even witnessed firsthand a few Patriots games when they faced then Bills defensive coordinator and now Eagles defensive coordinator Jim Schwartz. If you do the research, you’ll that TB12 has had great numbers throwing to secondary outside receivers against Schwartz’s schemes. Hogan is a great shot at 19 to 1.

This one is a really easy handicap. If you do a bit of research on Prince, you’ll find that he opened each and every concert with the same song — “Let’s Go Crazy”.  JT will pay homage to Prince in his home town and do the same. Book it.