Bulls looking to earn first round bye in MAC Tournament. 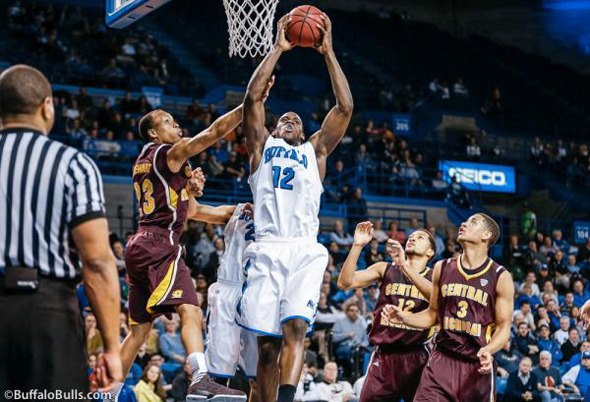 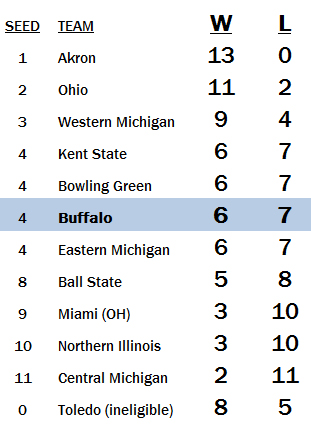 It’s March and UB’s six conference wins have them in the mix for a first round bye in the upcoming MAC Tournament. (Top 5 get through. Toledo is ineligible.)

The Bulls, who had won three straight in conference prior to Wednesday’s OT buzzer beater loss at Kent State, wrap up things up with a grueling stretch, starting with tomorrow afternoon’s home game against seven-footer Zeke Marshall and the Akron Zips. Akron has won a nation’s best 19 straight and finds itself ranked #24.

UB head coach Reggie Witherspoon talks with me about Wednesday’s loss and upcoming opponents Akron, Ohio (went to Sweet 16 last year with all of the same key players), and Bowling Green.