Should fans have a say in who runs the team? 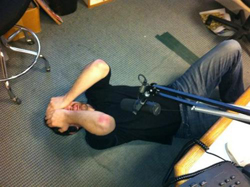 Drew Carey used to tell jokes. Now he hosts The Price Is Right and is a part owner of the Seattle Sounders of MLS.

Every four years, the Sounders allow fans to vote on whether or not to retain the services of the club’s general manager.

The Seattle Sounders FC’s official members association, the Alliance, activates the promise of minority owner Drew Carey to involve the fans in the decision making process of the team. The Alliance Council has designated Carey as the Honorary Chairman of the Alliance.

“I’m very excited about what we’re doing here in Seattle,” said Carey. “Where else can the fans fire the general manager? I hope this becomes a model for every professional sports organization in America.”

Fans will have a say in the direction of the franchise, including a vote on retention or lack of confidence for the general manager every four years. The first general manager vote will take place in the fall of 2012 at the end of the Major League Soccer season.

“We learned through the ‘name the team vote’ that our fans are passionate, active and want to be involved in this democratic process,” said majority owner Joe Roth. “Members can voice their opinions on a wide variety of issues from team play to game presentation and ultimately to the performance of our management. Although membership groups like this are new to American sports, they are important to world class European soccer clubs like Real Madrid and FC Barcelona.”

All Alliance members will be invited to an annual meeting hosted by Club ownership and the Alliance Council.

In addition, members will have the opportunity to be elected to the Alliance Council. Council delegates will be nominated to serve on a biennial basis. Members interested in participating on the council must receive a minimum of 25 nominations from other Alliance members.

Jeremy White brought this idea to the radio the other day and I invited him in to discuss it with me on the podcast.