Podcast: Play in new window | DownloadSubscribe: RSS | MoreHOSTS: Josh Potter from 103.3 The Edge and Rick Matthews EPISODE 33: After 3 weeks of terrible scheduling and other mishaps,… 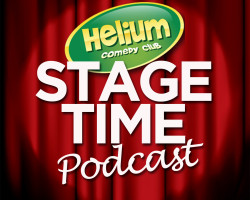 Stage Time Podcast… AND WE’RE BACK!

After 3 weeks of terrible scheduling and other mishaps, the Stage Time Podcast RETURNS! Josh and Rick talk about the hiatus, why things went so awry. They also discuss this past weekend of shows and how Garth Brooks effected (or didn’t effect) them. Josh performed at a potential hell gig hungover, and the guys get geared up to do their first Co-Headlining weekend at The Comedy Club in Webster, NY March 12th-14th (www.thecomedyclub.us for tickets.) It’s been a crazy last couple of weeks and it’s about to get even MORE nuts for these two. Thanks for being a part of the ride.