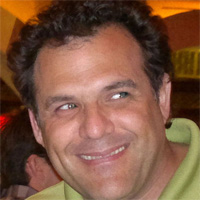 13 Dummies Trying to Hook Up with Lydia Dominick on Twitter

@buffclutch If you ever fear hitting rock bottom, don’t worry. I’ll be there, we can drink pinot, yell at rich people, have a blasty blast.

“Thinking of you” guy

Love waking up in morning on day off and @buffclutch already has my humor dosage 4 the day waiting for me..goes great with my morning coffee — Scott Backy (@scottbacky) December 27, 2012

.@buffclutch instead of favouriting my tweets, we should just get married. — †Eric (@verrlust) December 27, 2012

“Fight for your love” guy

@buffclutch you are too perfect I think I love you, do I have to fight jay McKee for your affection? Funny sexy and beautiful — Jim Schott (@JimSchott88) December 26, 2012

@buffclutch my goodness…how hot r U!? and funny to boot! our babies would rule the world. keep up the good work.

“But wait, I love your dog more than the other dog guy” guy

@buffclutch Merry Xmas to the ONLY good looking broad in Buffalo. Believe me, I can prove this with a scientific formula. — DFN (@DFN_) December 26, 2012

“Take advantage of you when you’re drunk” guy

@buffclutch Merry Christmas awesome person, I expect teqila-laden messages, I feel like our favoriting of tweets is to that point. — Justin Cooley (@juscoo23) December 26, 2012

“We have a lot in common” guy

@lydiadominick that’s a shame your beautiful and from your earlier tweet you like to drink that’s hot 🙂 — Jim Schott (@JimSchott88) December 20, 2012

“You make my heart hurt” guy

@buffclutch If I where rich I would love to be your sugar daddy…:)