Thought the lockout was ending? We’re just getting started. So many locks, so little time. 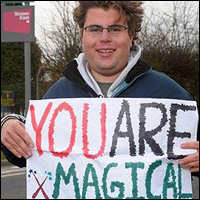 17 Other Things That Should be Locked Out in Buffalo

Thought the lockout was ending? We’re just getting started.

The consensus seems to be that the NHL lockout is a bad thing but here at Trending Buffalo, we’re kind of growing attached to it. In fact, we’re enjoying it so much that we’ve decided to expand it.

So many locks, so little time. 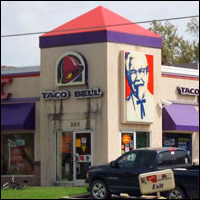 1 – TACO BELL IN BUFFALO
Why would anyone ever get fake Mexican food from a place that also sells deep fried chicken balls and mashed potatoes? We have authentic fake Mexican food in Buffalo and it’s called Mighty Taco. Lock it out.

2 – HEALTHY CHANGES EVERYTHING ADS
Let’s just forget about the fat ladies dancing on commercials during Sabres games for a minute. Who are health insurers advertising to anyway? You have a job, your employer picks the plan. That’s it. Are these companies spending eleventy billion dollars advertising to the 26 people in Western New York who are actually choosing which plan their company goes with? Lock it out.  (And speaking of health insurance…)

3 – HEALTH INSURANCE INVOICE LETTERS
Yes, I know that I went to the doctor. No, I do not owe another $87.16. That balance is all you. But you’ll figure that out eventually, won’t you Mr. Big Fancy Health Care Provider Accounting team. Lock it out. 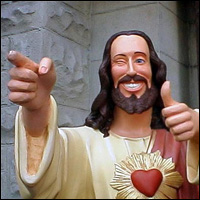 5 – BIG OIL TAX BREAKS
I am not an economist and have no idea what would happen to our economy if we dicked around with oil company finance structures. Maybe gasoline would skyrocket to $10 a gallon… Who knows? I do know that burning oil spews crap into the air and that crap is screwing with the climate and then we’re getting Frankenstorms every other week. Lock it out.

6 – I THOUGHT OF THAT FIRST!
So did everybody who’s ever lived since ever. Here’s an original idea – why don’t you do something with your thoughts, instead of wearing out the “cease&desist” keys on your pad every time someone drives past your window in a new car. Lock it out.

7 – BANK BUILDINGS
From our estimation banks occupy about 30% of all commercial space. Why do we need marble columns, glass, brass, and plinths when 99% of all bank transactions involve me, a plastic card, and the everywhere-machine that gives me cash and keeps $3? Lock it out. 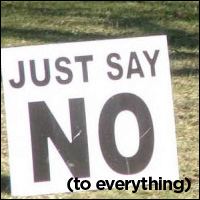 8 – PRESERVATIONISTS
Someone with some knowledge of this absurdity just told me that preservationists would more than likely fight against demolishing the HSBC tower if it was proposed. Yes, that giant concrete box in the middle of the city. Get a life. Lock it out.

9 – DOWNTOWN BUFFALO CASINO
I like to gamble and from time to time I think to myself “self, I have an extra couple hundred bucks, let’s take self to the casino and play some blackjack” and then I usually say “nevermind, I don’t feel like driving 30 minutes there and I especially don’t feel like driving 30 minutes back after I lost $400 again after splitting eights four times in one hand.” The Niagara Falls casino is just far enough away to be a deterrent. Lock it out.

10 – TIM HORTONS FOOD
For as good as Timmy Ho’s coffee is, you have to admit that their food is just that bad. No one should ever eat a donut, but if you do, why would you ever waste that nutritional sin on a fresh-from-the-freezer Tim Hortons hockey puck? Go to Paula’s Donuts and eat yourself a real coronary. Lock it out.

11 – PEDESTRIANS AT THE CHURCH STREET ON-RAMP
Really? 200 drivers a minute, all desperate to find the fastest way back to Hamburg amongst a devil’s casserole of shifting lanes, medians, multi-lane entrances and distant flashing lights, and you decide to take a stroll across 3 lanes so you can stride manfully to the waterfront “as the crow flies.” Lock it out. 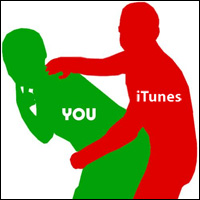 12 – ITUNES
I’m an Apple whore. iPad, iPhone, Macbook. I absolutely LOATHE iTunes. The fact that the company renowned for creating the ultimate user experience birthed music software capable of deleting all of the contacts in both my phone and computer is positively perplexing. Lock  it out.

13 – “FOR LEASE!” SIGNS DOWNTOWN
Advertising the fact that your brick shell is empty inside is about as informative as painting “Building!” on your building. Yes, we know you’d like us to pay you $30/square foot for the privilege of parking somewhere nearby 5 days a week. Get in line. Lock it out.

14 – SINGING CONTEST TV SHOWS
American Idol was a novel concept for a few years. Come the F on with X Factor, The Voice and America’s Got Talent already (to say nothing of their horrendous “dance show” brethren.) Anyone out there in TV land have a new idea please? Lock it out.

15 – CRAFT BEER
No matter how expensive the bottle and how beautiful the label they still make it in a tub the size of a space shuttle lift engine, all supposedly “crafted” by a guy with a beard who’s biggest lifetime accomplishments so far have been “waking up” and “wearing pants.” Lock it out.

16- WIZARDS AND GOBLINS
OK, fine. You’ve got me. I played D&D as a kid. I also went to church and thought George Michael got all the chicks. Now that we’re adults, kindly get your f’ing hobbits out of my face. Lock it out. I’m told Game of Thrones contains no magic. I call BS. Lock that out, too.