A lot of great things happened in Buffalo in 2014, which isn’t even the real year. We don’t even know for sure which year it is. How am I supposed… 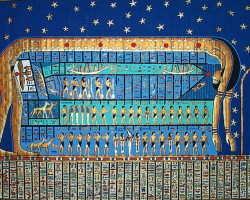 A lot of great things happened in Buffalo in 2014, which isn’t even the real year. We don’t even know for sure which year it is. How am I supposed to accurately review it? 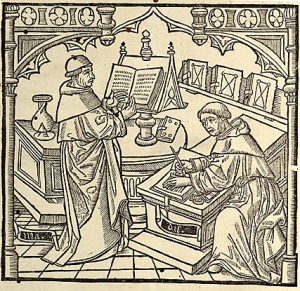 Can we be sure that no one has ever lost track of the day? I thought it was Tuesday all day yesterday. Are you telling me the people in charge of making calendars never made a single mistake in the history of time? My TV remembers what day it is for me, but they didn’t have TV in medieval times. There was a monk with parchment who wrote it all down. What if he was busy?

“Hey, my entire town just got wiped out by the plague, but let me take a moment to remember what day it is.”

Today could totally be a different day and we wouldn’t even know it. Not to mention that time didn’t begin when Jesus was born. Tons of stuff happened before that. I should probably be recapping 4,540,000,001.

Also, why don’t we wait a little while to recap 2014? It’s possible that some of the inconsequential events that occurred this year could turn out to be crucial. What if a baby born in College Station, TX back in February eventually grows up to invent breathable food? When future people go back to read my 2014 Year in Review and I have left out that important moment in history, I’m going to look like an idiot. How about I wait 30 years to recap 2014 so we have all of the information? You just lived through 2014. Do you really need it recapped right away? What the hell is so important about this Year in Review that you can’t just wait a bit? Why not go back and read the 1997 Year in Review? I’ll bet there’s some stuff in there you forgot about.

And, what is time? We’re just spinning around the sun. Why do we feel the need to quantify that? So we can remember to pay for electricity? Corn doesn’t take a day off from growing on Sunday, why should I? Do you think corn cares about Sweetest Day? Does corn celebrate birthdays? Would corn look at its phone after you asked corn if it wanted to go rollerblading on March 8th and say, “March 8th is no good. I have a job interview. Let’s rollerblade on March 9th.”? Corn doesn’t care how many consecutive years you’ve been in the same Fantasy Football League.

In a billion years, will it matter that you tried to sneak into a bar when you were only 20 years old?  It’s like, “Hey, I want to put this aluminum can full of beer into mouth.” and the government is all like, “Why don’t you wait until the Earth spins around a couple more times?” That doesn’t make a ton of sense. I’ll bet if he really thought about it, the bar bouncer would feel pretty stupid for being so literal.

And, how much of your so-called ‘2014’ do you want me to recap? Am I supposed to recap every day? Were you hibernating? Do you not have the internet? You’re just going to scan the Year in Review, look for your name, and then open a new browser window to watch videos of people falling off of treadmills. I’m sick and tired of pandering to lazy, selfish, unappreciative people who don’t even know what year it is.

You want a 2014 recap? Here’s your 2014 recap: For 365 days, meaningless events slightly distracted you from the fact that you’ll eventually die. And, George Clooney got married.