Not your baby. Your baby is cool. 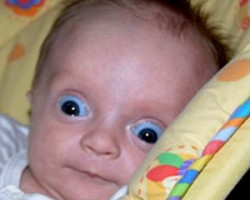 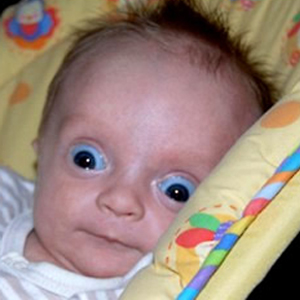 Someone in England had a baby named George last week. It may only be third in line for the throne, but George was tops on the Internet last week.

The Royal Family is important in the English Isles because of tradition and Magna Carta Holy Grail or whatever. England is weird. The reason the #RoyalBaby is important in the States is because we as a nation are way, way too polite when it comes to babies. No one wants to admit that babies are kinda annoying and gross unless they are your own. It’s uncouth to say anything but “awe” when talking about babies but, as a baby-less male, I’ll be the first one to say it: Almost all babies are ugly for, like, the first two years they are alive.

(But not your baby. Your baby is cool.)

Admitting that most babies are ugly is okay. It’s a matter of physics more than it is genetics. The process of moving a child from mother to Mother Earth is stressful for everyone involved, but the babies take the brunt of the abuse here. If childbirth were Shawshank, a newborn is more Andy than Red. Whether it came out five-hole or six pack, it has crawled through some shit and that baby doesn’t have a pressed suit wrapped in a plastic bag on its ankle when it gets to the other side. To expect that kid to look like Ricky Martin even a year after delivery is simply expecting too much from it. That icky, sticky baby has dealt with some trauma. Let’s let the kid’s cranium get harder than a Doritos Locos taco and grow some eyebrows before we alert People magazine as to its sexiness.

The Internet is full of babies doing things because, for a lot of people, babies are a big deal. Your office was probably aglow with baby news last week because newborns make people lose their goddamn minds. The birth announcement, the weight, the name, the first photo; every bit of news was A Big Deal because baby. The first photo of the kid looked like a Mario 64 screenshot, and it still made the front page of every website you can imagine. Babies is big pageviews, y’all.

Celebrating the birth of a stranger’s child is absurd because childbirth is only the beginning of life’s hardest challenge. It’s awarding prize money before race is ran. The real accomplishment is getting that kid old enough to legally buy you cigarettes while you watch Maury on a waterbed. Whether it was an accident or an honest mistake, babies become A Thing in your friends’ lives because all of a sudden it’s their job to keep that thing alive. You can’t just go to the baby store and get another infant if little Jizanthapus gets run over by the neighbor’s Hummer. In this regard, Facebook essentially becomes a cache of evidence in case Child Protective Services ever gets called. “We took that infant to Darien Lake, your Honor. He freaking loved The Mind Eraser!”

There are plenty of good parents in this world, and I have seen some good looking babies in my short time on this Earth. I’ve also seen kids that look like feet. I’ve reacted the same to every child by saying, “Hello, baby.” That’s all I got. Still, we do nothing but thumbs up Facebook stati and heart Kelvin-toned Instagram photos of drool-soaked, soft-headed children. This is what we do. Every baby we see is adorable because it’s in front of us and what will the parents think of us if we don’t coo like a moron until it’s out of sight? There are plenty of awesome parents out there, but watching unqualified sacks of skin and bones raise a tiny sneaker-holder is a harrowing experience. I, however, have confidence that England is ready for its little Royal Dr. Scholls.