Reggie Bush reminded everyone it was just a joke… which did nothing to prevent this from happening. 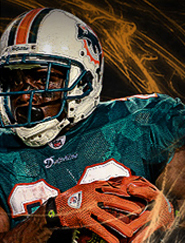 First, Reggie Bush did a radio interview in which he agreed with the sentiment that topless women in Buffalo were something he’d rather avoid.

Then we presented Reggie Bush with 8 Huge Buffalo Boobs.

…  which did nothing to prevent this from happening.

Well, I guess now I have to find a top to wear to the game tomorrow. #Bills

An early ‘Thank You’ going out to @reggie_bush for all the topless women that we will now have at the game tomorrow night. #wellPlayedSir — Creepy Shoes (@creepy_shoes) November 14, 2012

@reggie_bush i like what you have done here, now the nice titties in Buffalo must defend their cities honor….well played, sir.

“I ‘Drafted’ You So We’re Friends Now, Right?” Tweet

@reggie_bush you’re gonna respond to some hoe who has 6 count em 6 followers but not the only man in America who still starts you in fantasy — Brian Matthew (@babbateboy) November 14, 2012

@reggie_bush you wont need to worry about backing up ur words… u probably wont even play get comfy on that cold november buffalo bench — kylekucharski (@kykykuch08) November 14, 2012

YOU’RE!“@reggie_bush: Don’t make me take you campingRT @kelseyy_all: Your scum and I’ll be the 1 chucking shit at you from the side line — Jon Aguilar (@LtDanIceCream) November 14, 2012