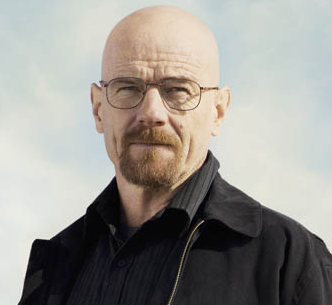 Can I interest you in a recreational vehicle?

Do you know how badly Mike Tirico wants to broadcast this Thursday Night Game now that we’re basically taunting women to go topless?

Two things. One, it is never a good thing to have to do a report warning your community about the dangers of buying old meth labs. Two…. no nevermind I was just going to write the first one again HOLY MOSES HOW MANY METH LABS ARE THERE AROUND HERE? ARE THERE TWICE AS MANY IN DEPEW?

4. Reporters Turning Into The Derp Show During Bills Games

I know the Bills are bad, I mean we all do, but for the love of God guys none of you sound even remotely likeable when you write like this.

Whether its forcing through criticism of Stevie Johnson for who knows what reason or cramming your criticism into a narrative you think applies to the Bills, all of the bases are covered by our local sports writers.

If you had to write about the Bills for 12 years you may go crazy too.

3. An Athlete Said Something About Buffalo After Being Lead There Like A Lemming By A Radio Host

Hey alright Reggie Bush everyone! Thanks for providing the required “insulting comment about the Buffalo community” that we are due to get every six months. It’s like our collective Social Security check from the rest of the country: derision.

It isn’t like its his fault. He was lead there by the nose to these comments by the hosts of the show who did most of the shooting. Who cares anyway. There are plenty of mammaries to go around for everyone. We here at Trending Buffalo are running on a pro-jubblies platform. You may even say we hope to redistribute them. Tax and spend over the shoulder boulder holders and whatnot.

Also there is this, Miami fans.

2. Why Do We Keep Electing These People.

1. We’re Taking This Train To Cuba!

Dude even if you hijacked the train you couldn’t cross the Florida Straits with it because trains can’t go over water silly. Besides hijackings are so old hat.

Also I assume that all people who still take passenger trains outside of the New York-Washington corridor are all erratic. Who rides trains in the U.S. anymore?