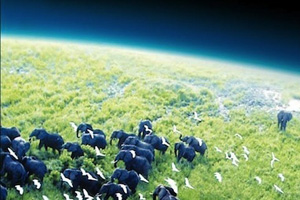 “An orphaned polar bear cub named Kali is leaving May 14, via UPS, from the Alaska Zoo for his new home at the Buffalo Zoo. Kali was rescued from the Point Lay section of Alaska back in March, after his mother was shot and he was left to fend for himself.”

Okay, wait. What? Rescued? Via UPS? 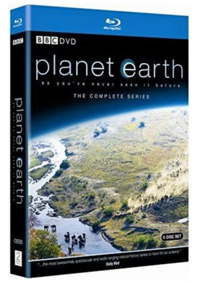 The world’s best “zoo” on Blu-ray!

There seems to be a BIT of cultural bias celebrating our zoos at the expense of needless animal suffering. And with all the recent news coverage of the new polar bear arriving at the Buffalo Zoo, we started to wonder, “Why are there zoos again?”

Now, imagine someone stepping forward today and proposing that in order to better understand and appreciate wild animals we should periodically capture them and stick them in cages for our viewing pleasure. The idea sounds absurd, cruel, even stupid. And yet, that’s what we do, seemingly without question.

Not only do we accept zoos as normal, we celebrate them as signs that our city has attained a certain level of culture and refinement — cities (the paragon of civilization) are rated by museums, architecture, sports teams, and whether or not they have a zoo.

Maybe zoos served a purpose a hundred years ago, but they are tough to rationalize when we have nature footage constantly streaming on PBS, cable channels, DVD’s, and the Internets.

And not only do these animals obviously suffer from the confinement and isolation, the animals we see at a zoo are definitely NOT what these animals are like in the wild — compare any wild animal as seen at the zoo or, say, on the BBC’s critically acclaimed TV series Planet Earth.

But hey, look at the cute little bear!