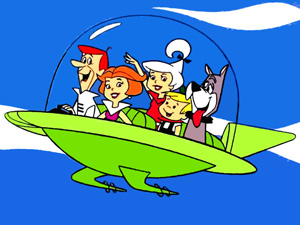 Where Are Our Flying Cars?

A pair of GE scientists hosted an “Ask a Scientist Anything” forum on Reddit.

We’ll keep this brief since there’s really only one thing we need to know.

GE: We had the choice between making flying cars or giant wind turbines. Seemed like doing both would be a bad idea.

Seriously, though: the qualities of a great car don’t necessarily make for a great plane, and vice versa. Two major challenges: adding flying capability will make the car way too expensive. And the FAA gets control over your car. As a pilot myself, you don’t want that (nor does the FAA). Airspace is already super-congested; imagine what the air-traffic maps would look like.

Wrong answer, GE scientists. Stop talking and get back to your lab.

Give us our flying cars.